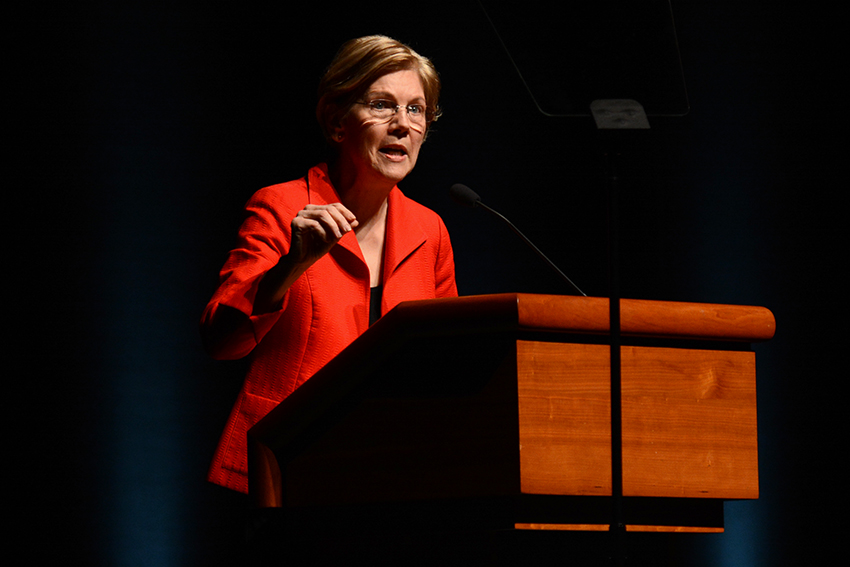 U.S. Sen. Elizabeth Warren, D-Massachusetts, reflected on her time as a young mother pursuing a teaching career to highlight the importance of affordable childcare and the need to elect women to office.

Warren was the keynote speaker on Friday afternoon at the Annie’s List 15th Annie-versary Celebration at the Long Center for the Performing Arts. Annie’s List is an Austin-based organization that helps elect progressive women to office in Texas.

“Texas has elected some fearless women,” Warren said. “Annie’s List is working hard to elect a new generation of progressive women leaders right here in the Lone Star State. I think when we have policies being made about things like women’s health care, it would be nice to have some women in the room. Electing more women is what we should do for America.”

Warren, born in Oklahoma, said her roots in Texas go back to her childhood when she visited family in Texas, graduating from and then getting her first teaching position at the University of Houston, and later teaching law at UT.

“As a young mother I set out to try both a career and family at a time when a lot of people said it wouldn’t work, so don’t even try,” Warren said.

Warren said being a young mother and trying to go back to school and balance a career almost defeated her because of the expenses and difficulties of childcare.

“Childcare never stopped being an issue for me and for so many working moms today,” Warren said. “It was the weight I had to carry around with me every single day and it never let up.”

Warren said so many women today end up dropping out of the workforce due to childcare issues. She said childcare costs more than in-state college tuition in many states.

“If we want to get serious about increasing (national) productivity, we should make a bigger investment in affordable childcare,” Warren said. “Let’s not elect more women just because we’re sick of seeing committee photos where everyone’s a white guy. Let’s elect more women, and diverse women, because it gives us better chances to make the right decisions in government so we can build a better economy and a better country that works for everyone.”

“It’s our time to win for the sake of ourselves, our daughters and our granddaughters,” Martin said.

“After my election to the Texas House of Representatives in 2016, (Annie’s List) help recover my campaign debt and provided opportunities for me to learn about becoming a great state representative,” said Rep. Diana Arévalo, D-San Antonio. “I ran for office because I noticed a lack of representation of women and I was inspired by the trailblazing women elected before me.”