I-35 redesign would transform Austin transit 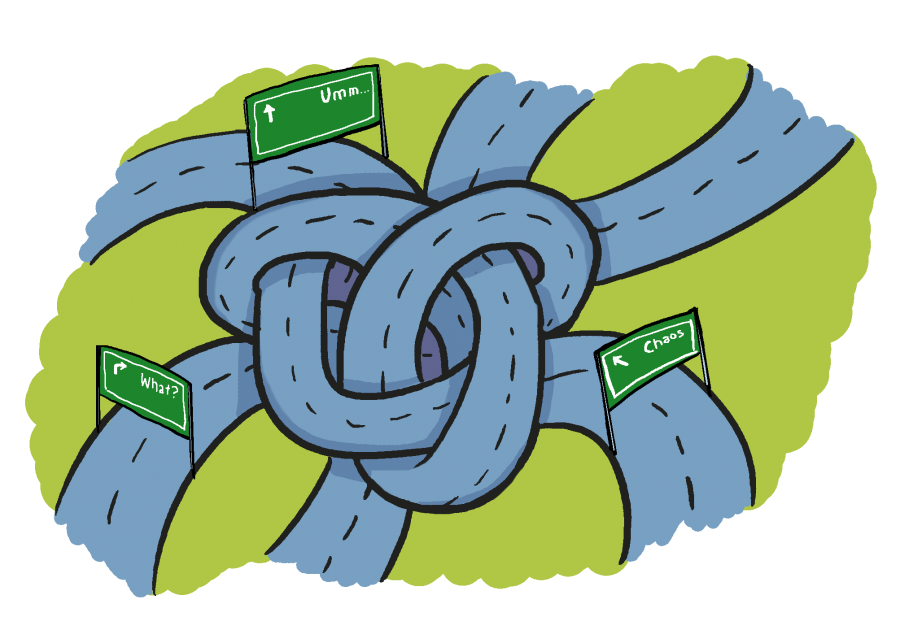 How much safer and inviting would downtown be for pedestrians, cyclists and even local car traffic if I-35 did not create a looming physical barrier between East and West Austin? TxDOT is working on two plans to alter I-35 through downtown Austin, but both fail to make significant changes worth the traffic problems construction would create. These plans will shape our city for decades to come, for better or worse.

The first proposal would simply extend the elevated lanes further and increase the height in certain spots while also increasing the number of lanes. It would also add a toll lane to I-35. This is the most car-centric of the plans, and it would do the least for downtown Austin. Pedestrians would still struggle to cross, and the area would remain the domain of cars. The only real benefit would be the reduced number of entrances and exits, which would separate local and through traffic.

The second plan is significantly better. I-35 would be lowered into the ground and capped by parks through most of the area. The underground highway would have an increased number of lanes, a toll lane and fewer entrances to isolate local from pass-through traffic. This plan’s major flaw is a failure to connect downtown to the parks that would be created on top of the highway. I-35 would be the same width across, and these new parks would be flanked by frontage roads. The area would still be dangerous for pedestrians and cyclists, which would leave the park areas underutilized. While this would be better than simply expanding the highway, Austin deserves a plan with an eye on the future accessibility of downtown.

Recently, TxDOT unveiled adjustments to both plans to make improvements to pedestrian and bicycle crossings across I-35 from Georgetown to state Highway 45. While these would be welcome changes, they do nothing to address the massive highway that cuts through downtown.

These plans are still being designed for problems cars face. They increase the number of lanes because that’s the conventional wisdom on how to reduce traffic, but recent studies by the American Economic Association point out this is not always the case. Instead of trying to build our way out of the car problem, we should look at redesigning the area to better utilize space.

Instead of just sinking the road, an alternative design called Reconnect Austin would send the interstate through a tunnel underneath a smaller boulevard which would serve local traffic. This proposal would greatly reduce the width of the highway, and create newly walkable areas of downtown.

At the same time, I-35 would become safer and faster, thanks to the removal of entrances and exits that cause so many delays through downtown. This is the kind of plan that makes a good city great, allowing its culture and individuality to flourish while still taking care of traffic.

I-35 isn’t designed the way it is because that’s the only way to make a highway. The people of Austin should demand that TxDOT implement a plan that makes better use of our land. Both of TxDOT’s initial plans squander an opportunity to make a real, long-term investment in the future of Austin. Instead we should look into Reconnect Austin or other plans that fundamentally change how I-35 affects downtown Austin.

Rigney is a government senior from Austin.