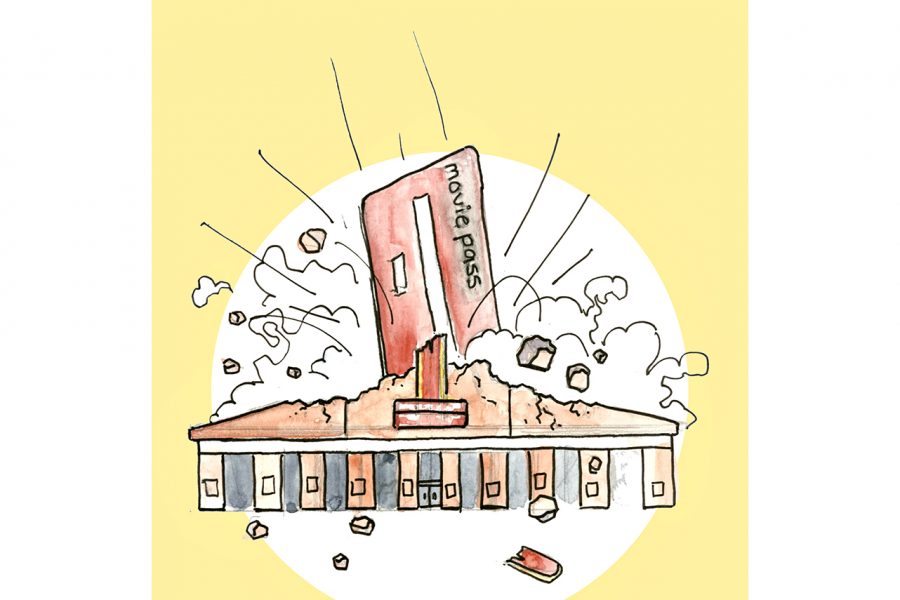 An air of cautious optimism hangs around MoviePass.

Surpassing a million subscribers in under four months, the service — which offers customers one movie ticket per day for only $9.95 a month — wants to change the way theaters work. It’s ambitious, but some fear that, between a risky business model and the company’s cutthroat negotiation tactics, ambition may not be enough to keep MoviePass from failing.

Sam Mohney, a film production graduate student, has theatergoing habits that largely reflect those of MoviePass’ 1.5 million current subscribers, a group MoviePass’ website suggests is primarily made up of members of the 15 percent of North American theatergoers who buy 48 percent of movie tickets each year.

“I probably average four to five movies per month,” Mohney said. “I’m all for anything that gets more people to go. My only concern is whether or not MoviePass can sustain (itself). Seems like they’re losing money every time I buy a ticket.”

At the moment, MoviePass loses money on every customer such as Sam who uses their subscription more than once monthly; the $10 price point, as Slate Magazine pointed out last year, quickly leads to losses in most markets, where the average ticket price is $8.65. MoviePass admits that the service will need more than a larger subscription base to survive.

MoviePass has proven that it’s more than capable of increasing ticket and concessions sales, influencing theatergoing trends, and gathering valuable data on its users’ tendencies.  The company found that their subscribers boosted attendance by over 100 percent. MoviePass claims that their purchases make up 3 percent of domestic box office sales, with the potential to make up as much as 10 percent of a film’s box office.

Leveraging these talents to negotiate partnerships with theater chains and production companies is a prominent piece of MoviePass’ business model. Having already promoted smaller chains in exchange for discounted ticket purchases and cuts of concessions, MoviePass is eyeing deals with larger companies. It’s these collaborations that MoviePass expects to bring the service true stability and profitability.

Last month, MoviePass dropped 10 AMC theaters from the service in retaliation of AMC’s rejection of a proposed partnership. Public reaction to this move has been mixed.

Some, such as radio-television-film sophomore Nick Siraphet, think the move could hurt MoviePass.

“I believe that there will be an immediate MoviePass customer frustration,” Siraphet said. “From a business standpoint, it is quite a risky move.”

“(Filmmakers) are being exploited systematically at the end of the day,” Papadakis said. “Movie theaters are charging too much because studios are taking a (large) chunk … of ticket revenue. People are literally … selling their identities to still participate in the industry.”

Alternatively, Maggie Bailey, a radio-television-film graduate student, said she believes MoviePass is worth paying attention to because of its growth potential, not just as a subscription service but as a more dynamic business.

“It’s building on so much data,” Bailey said. “MoviePass can see when (its) buyers go to films, where they are in the country (and) what they are going to see … which is great information for the industry as a whole. Whatever they choose to do with (this data) will be interesting.”

If the service thrives, MoviePass might breathe new life into an industry that has declined in recent years by making theatergoing more affordable. Failure could, however, mean a stagnation in ticket sales. With MoviePass’ recent, aggressive dealings with AMC, it’s important to consider whether this is a horse the industry should tie its cart to.