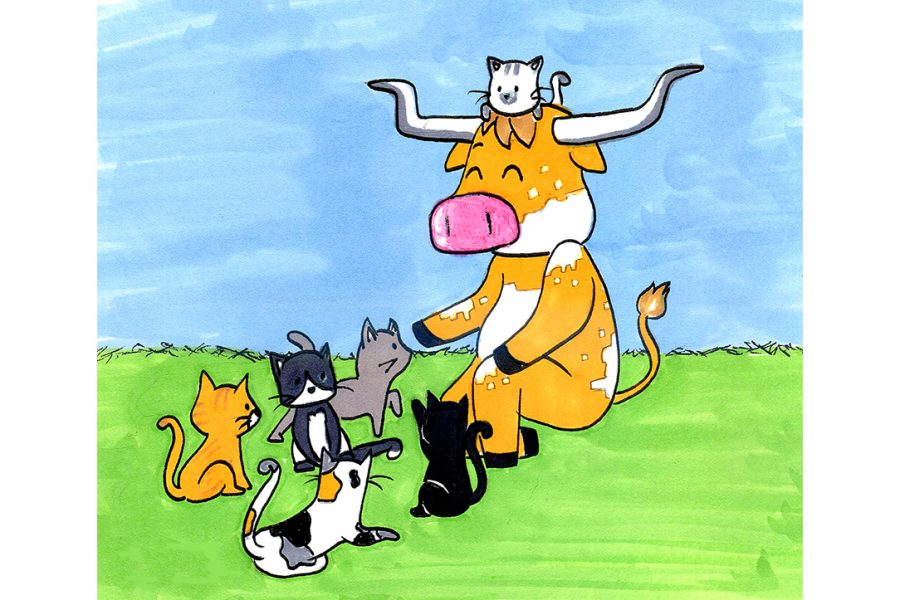 While the UT campus has a large wildlife population including albino squirrels and raccoons, a number of stray and feral cats from local neighborhoods have also made a home on the Forty Acres.

Stray and feral cats have likely been on campus as long as students have, said Carin Peterson, training and outreach coordinator for the University’s division of environmental health and safety. Most of these cats get to campus through Waller Creek, which serves as a natural highway.

“They come from the surrounding neighborhoods, and there are a lot of transitional tenets in those neighborhoods,” Peterson said. “So I imagine those cats get left behind and make their way over to the campus.”

“It is not any one department’s responsibility to take care of the cats,” Peterson said. “It is run by a volunteer organization of staff and faculty called the Campus Cat Coalition.”

Peterson said other than feeding the cats, members of the coalition also help control the size of the cat population and locate cats that can be adopted.

“If there are any kittens, we try to catch them, foster them and adopt them out,” Peterson said. “For any new cats that show up on campus, we try to spay or neuter them, which hopefully keeps the population in check.”

“I pass by the cats on my way to class in the mornings and back at night,” Abell said. “I’m always happy to see them because I miss my cat at home and they remind me of her.”

Elementary education freshman Jenna Kaufman said she was surprised when she first saw the cats outside of her dorm.

“I didn’t even realize people took care of the cats until I saw someone feeding them about a month ago,” Kaufman said. “At the beginning of the year, I would see a few kittens around (San Jacinto Residence Hall), and now they are full-grown cats.”

The majority of the cats are feral, meaning they have not been domestic in a long period of time, Peterson said.

“Most of them are not friendly,” Peterson said. “They can become used to somebody feeding them, but they are not typically cats that allow themselves to
be pet.”