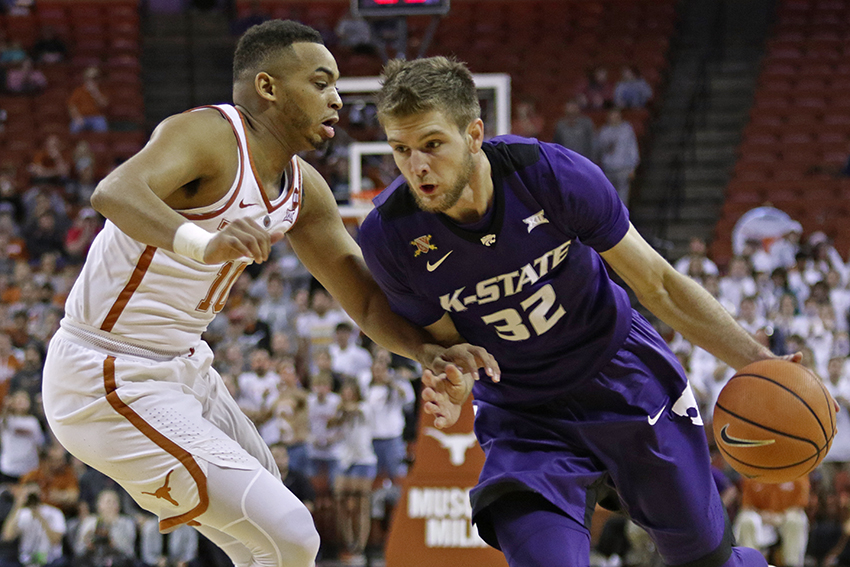 Texas suffered a heartbreaker at the Frank Erwin Center on Wednesday night as Kansas State invaded Austin and escaped with a 67-64 victory. Here are four takeaways from the Longhorns’ rare Big 12 home loss, which dropped the team to 5–6 in the conference:

With 15 seconds to go, Kansas State point guard Barry Brown’s first free throw on a one-and-one clanked out of the rim, and the Longhorns didn’t take advantage. Freshman point guard Matt Coleman drove to the right baseline, created breathing room and threw a lob to freshman forward Mo Bamba. The Wildcats interrupted the pass and corralled the ball.

As a 6-foot-11 center gifted with a jaw-dropping wingspan, Mo Bamba can easily stand on the low block on both sides of the ball. But rather than just shooting point-blank field goals and clogging the paint defensively, Bamba made his presence felt all around the hardwood on Wednesday night.

He was active in running the floor, contesting shots in transition defense and setting screens in a mobile offense. The freshman was a scoring machine in the first half against the Wildcats, contributing 15 of Texas’ 34 points. He sunk 54.5 percent of his shots, scoring from an array of areas — the paint, midrange and beyond the arc.

Bamba’s development has augmented greatly since the season opener against Northwestern State, as he prepares for the likely transition to the NBA in just a few months.

The Wildcats’ leading scorer had no problem finding the bottom of the net in Austin. Dean Wade brought the heat for a team-high 16 points in the win, proving lethal from mid-range and drawing obvious comparisons to similarly named NBA star Dwyane Wade.

Dean’s offensive prowess helped the Wildcats climb out of an early seven-point deficit, and he ended up sinking a crucial free throw with 3.2 seconds left to lift Kansas State to a win. On the defensive end, he was responsible for putting the clamps on Texas’ leading scorer. Longhorns junior forward Dylan Osetkowski did not score in the first half, and he finished with just eight points.

During Saturday’s home upset over then-No. 12 Oklahoma, Texas overcame a 10-point second-half deficit. The Longhorns played with energy and intensity and managed to play at a high level during big moments late in the game.

In an emptier Erwin Center on Wednesday night, the Longhorns seemed to do the opposite down the stretch. Kansas State trailed by as many as seven points in the game, and Texas’ defense had no answer for the Wildcats’ offense once the second half began.

Offensively, Bamba didn’t score in the second half until just 1:38 remained. Texas as a whole shot an inefficient 41.4 percent compared to Kansas State’s 53.7 percent.