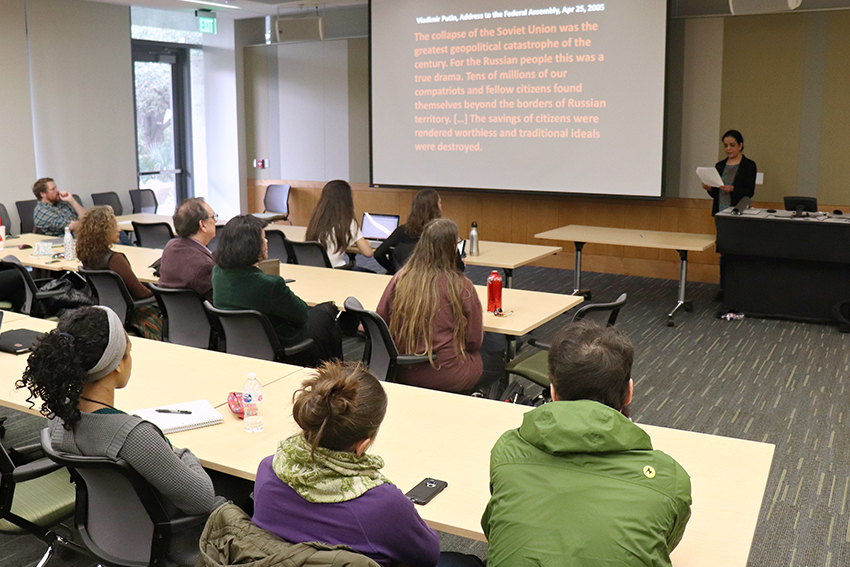 Banerjee, a professor at Cornell University, said the popular video game Metro 2033 covers a variety of topics in Russian science fiction such as a futurity after fallout, possibilities of mutation and life in the extensive Soviet tunnels. The game, which Banerjee said transcends generations, is set in post-nuclear Moscow and based on a novel by Dmitry Glukhovsky with the same name.

“It’s interactive medium inspired an impressive number of readers … to supplement and intervene in the initial text with their own fictions of dispersal isolation and survival, transforming (Metro 2033) into a growing network of cross–referential stories,” Banerjee said.

Banerjee is a faculty fellow at the Atkinson Center for a Sustainable Future and has published and edited multiple books, articles and journals about science fiction. She is working on publishing a second book titled “The
Chernobyl Effect.”

Banerjee said she believes the study of science fiction is not valued enough.

“It is … the imaginative potential and value of science fiction that I think which is why I started studying this utterly ‘worthless’ sub–culture that university departments are terrified of, which is why so few people teach science fiction despite so many of our students consuming large quantities of it,” Banerjee said.

Multiple students in the audience were enrolled in UGS 303 Russian Sci-Fi, such as biology sophomore Jaye Williams, who said she enjoyed the lecture.

“The (Russian Sci-Fi) professor mentioned that there was a lecture series, so I decided, ‘Why not?’,” Williams said. “The class is pretty fun and interesting and I decided that it might help me make more sense of my actual class.”

“A talk like this meets people (with science fiction interests) where they are and a lot of people are reading science fiction or playing video games, and this sort of gives us a lens on that,” Houser said. “It’s not the everyday perspective, but it does give us this perspective rooted in the study of Soviet and Russian literature and culture.”