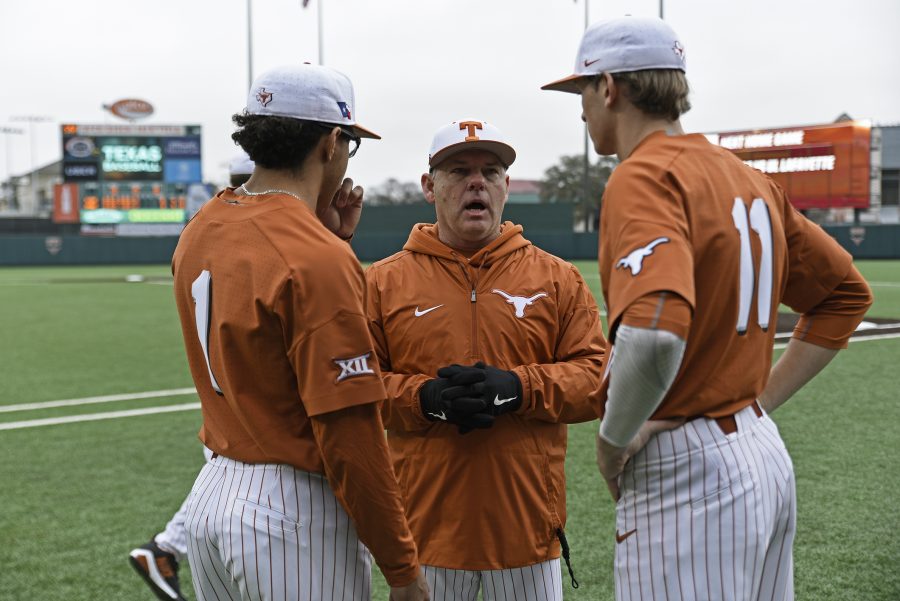 If you tune into a Texas baseball game this year expecting to find a carbon copy of last year’s team, then you will be stunned.

The Longhorns experienced a significant roster turnover at the end of last season. But when a stockpile of talent leaves the program, new bodies must arrive to fill those gaps. While this happens every year, the number of players that Texas must replace for this season is a substantial portion — roughly half the team.

Of the 39 players on the 2018 Texas roster, 21 have never played baseball for the Longhorns. Most are fresh out of high school. Some have transferred from different schools. No matter their stories, the new group must collectively step up to the plate in order to make their transition seamless.

Pierce believes that Texas has thrived up to this point, particularly in the fall. He has sung nothing but praises thus far about the way his team has prepared mentally and physically for the upcoming season, thanks in large part to his returners.

“The kids coming back have kind of been on a mission,” Pierce said. “This team has great leadership. They’ve done it by example. Our new kids have just jumped right in.”

The majority of the new faces reside in the bullpen, with 14 of the 21 new guys being pitchers or possible pitchers. Not only does that make up over one-third of the team, it makes up well over half of the entire pitching staff.

Despite having a lack of experience, redshirt junior catcher Michael McCann said he’s seen nothing but positives from the young staff he’s tasked with catching for.

“They’ll play a real big role. The new guys are full of energy,” McCann said. “It’s been a lot of fun to get to know them and watch them develop and become part of the team. It’s going to be fun to watch them play and go at it.”

In the field, fans will see a majority of familiar faces. Of Texas’ five outfielders, four are returners. Redshirt junior Tate Shaw and sophomores Duke Ellis, Austin Todd and Trace Bucey will get the majority of reps in the outfield.

In the infield, sophomore Ryan Reynolds transitioned from third to first base. Taking over at third is junior Kody Clemens, who frequently dealt with an injury last year. Sophomore David Hamilton will continue to play shortstop.

At second base, however, will be a new face — junior Masen Hibbeler, a transfer from Odessa College. The talented Hibbeler is a player who Pierce believes can succeed right away.

“Masen (is) kind of a complete player,” Pierce said. “He has the ability to drive the ball in the gaps and take advantage of potential triples because of his speed.”

“I think it’s the (junior college) guys. It really is,” said Sawyer when asked who could be the key to contending for the College World Series. “I really didn’t know what to expect. They’re unbelievable guys, and they’ve really meshed with us.”