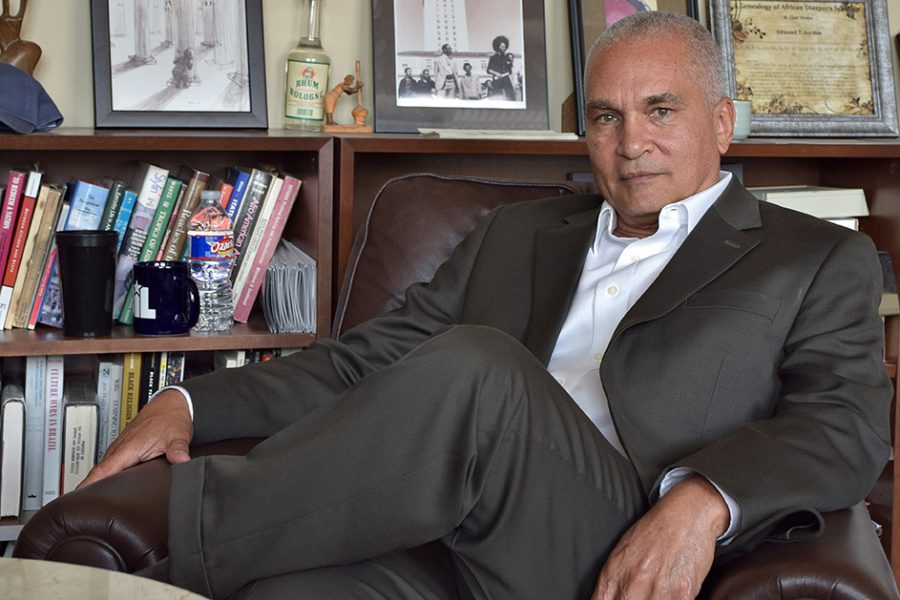 Ted Gordon, a UT professor and AISD board member, spent the last month at the forefront of a debate over potentially renaming five schools named after members of the Confederacy.

The controversy began almost three years ago when the school board decided to rename an elementary school after Confederate general Robert E. Lee. Last August, following the deadly protest at the University of Virginia where a group of white supremacists fought the removal of a Confederate monument depicting Lee, cities and schools across the nation began removing monuments and renaming schools with ties to the Confederacy.

In response, Gordon criticized the board during a speech on Martin Luther King Jr. Day at the University and told the Austin American-Statesman a few days prior that “the board has no moral compass and moral spine” for being hesitant on the issue.

District 3 Trustee Ann Teich countered by calling Gordon’s comments “unprofessional” and demanding the board censure him for his comments. The board chose not to, although censuring is nothing more than an official reprimand with no other consequences. Gordon later apologized to some of the board members for his comments, but in an interview with The Daily Texan on Wednesday, Gordon said he did not think the board would have censured him anyway.

“They weren’t going to censure me,” Gordon, who also serves as the chair of the African and African Diaspora Studies department, said. “For what? They’re going to censure an African-American for saying there’s a problem with Confederate names on schools?”

During a board meeting Monday to work on creating a new policy, Gordon was silent during the first half of the discussions. Gordon said the entire discussion seemed like an “enormous waste.”

“Why didn’t I say anything? Well, what was I going to have constructive to say?” Gordon asked. “The fact of the matter is Lee’s name changed under the old policy, so the old policy is perfectly adequate.”

District 7 Trustee Yasmin Wagner said during the discussion she is concerned about the policy that includes the phrase “respecting cultural differences” because it could be used to defend the Confederate names.

At the end of the meeting, the board decided to vote on renaming the schools on Feb. 26. Teich, an alumna of one of the schools in question and an opponent of renaming, said she would recuse herself from the vote.

“I have said I will abstain, and I will continue to abstain because I don’t want my prejudice to taint any of this,” Teich said.