Longhorns travel to Norman for rematch with Oklahoma 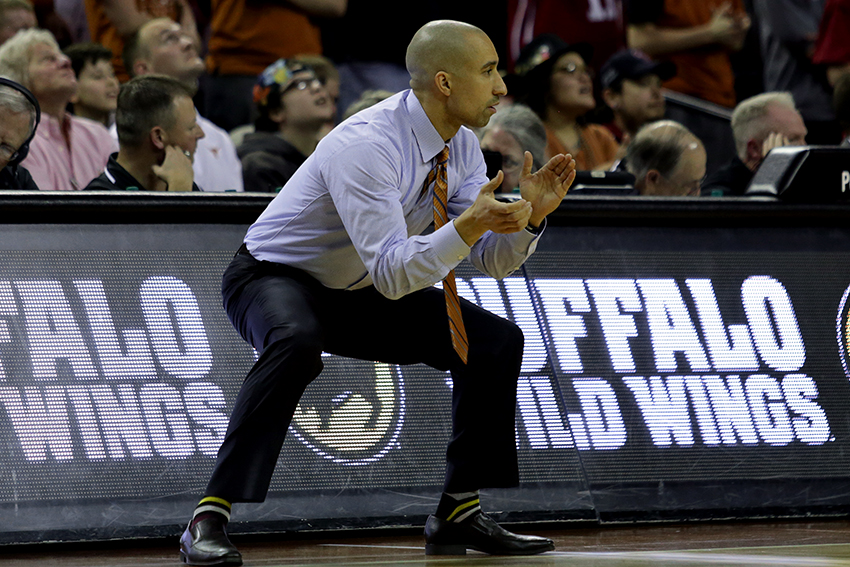 The Longhorns are once more in familiar territory.

This time last season, Texas was a fringe NCAA Tournament team. The program had collected some respectable upsets in conference play, but a seven-game losing streak to close out the regular season ended any talk of March Madness, and the 2016-17 campaign ended in the second round of the Big 12 Tournament.

A year later, boasting an impressive draft class and a reloaded roster, Texas appeared poised to make a splash in a sport that had been largely irrelevant on the 40 Acres for the past decade.

But now, amid a three-game skid, the Longhorns more closely resemble the team who finished 11–22 last season. After the double-overtime home loss at the hands of Baylor on Monday, Texas held an emotionally-charged, players-only meeting. No members of the team have been made available to the media since.

This apparent implosion could not have come at a worse time. With only five Big 12 games remaining, Texas sits second-to-last in the standings, ahead of only Iowa State. And with freshman forward Mo Bamba’s departure rapidly approaching, anything shy of a Tournament appearance in his only collegiate season would be an undeniable failure.

“We’ve lost three straight games,” head coach Shaka Smart said. “We obviously need to find a way to win our next game. As a coach, you have to make sure you do everything you can as a team to win.”

Saturday’s road matchup with Oklahoma marks Texas’ last best chance for an upset heading into the postseason. Early bracket predictions suggest the Longhorns will need to win three of the five if they hope to receive an invitation to the big dance. Two of those games, against Kansas State and Oklahoma State, are fairly even matchups.

But outside of those, Texas will need to find a way to upset either No. 13 Kansas, No. 20 West Virginia or  No. 23 Oklahoma.

Trae Young and the Sooners will be eager to even the score against Texas after a loss in Austin two weeks ago that gave the Longhorns their biggest win of the season.

Oklahoma has gone into free fall since that defeat, dropping its three games since. For a Longhorn team seemingly falling apart at the seams, an equally unbalanced Oklahoma roster offers a golden opportunity.

That doesn’t mean it’ll be easy. Unlike Baylor, who entered winners of three straight, Oklahoma will be desperate to get back in the win column. Young is struggling from deep in that stretch, highlighting the team’s dependency on its dynamic point guard.

The outcome of the game will depend on Young’s performance. And although the Longhorns held him to 7–22 shooting in the last meeting of the two programs, it is hard to count out the frontrunner for the National Player of the Year Award.

For Texas, it’s about getting back to the basics. With just over a day left to try and turn things around, questions remain as to whether Smart will be able to salvage the season.