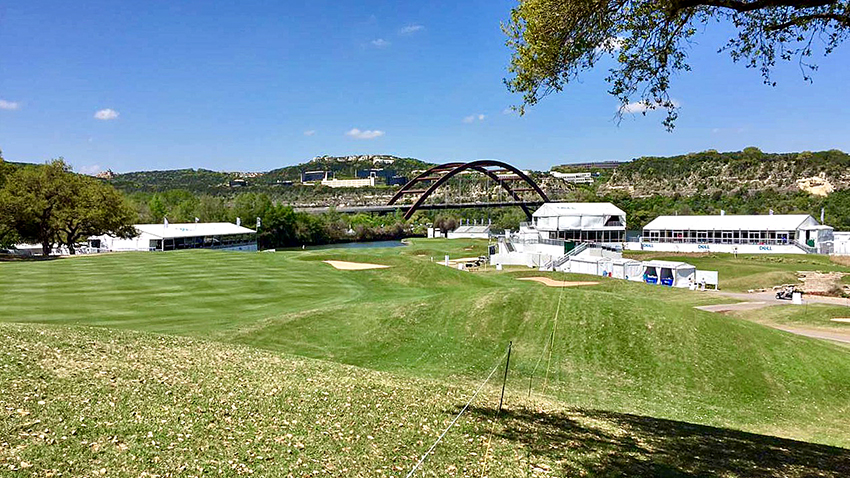 Sergio Garcia is widely regarded as one of the best golfers in the world. He’s been touring professionally since 1999 and has 10 PGA Tour wins under his belt. But on Thursday, the reigning Masters champion found his ball in an unusual lie — atop a riverboat afloat Lake Austin.

Crenshaw, an Austin native and former Longhorn, won three individual national titles during his time on the 40 Acres in the early 1970s, before going on to win the Masters in 1984 and 1995.

On Thursday morning, Garcia and Crenshaw participated in a 13th Hole Challenge at Austin Country Club. Along with members of several local youth foundations in attendance, they attempted to land their shots on the 13th hole, while hitting from atop a vessel floating in the lake 171 yards away from the green.

At Austin Country Club @TheSergioGarcia and Ben Crenshaw hitting off a boat for charity. @DellMatchPlay pic.twitter.com/2eRtar0dm8

The purpose of the event was to raise money for the five benefiting charity organizations that participated. If someone hit a hole-in-one, the winning organization would be awarded $1 million.

No aces were hit, though. But still, each foundation came away with $1,000, and people had the opportunity to meet two world-class golfers.

Incidentally, it turns out that Garcia and Crenshaw have more in common than their green jackets. It is well known that the latter’s Texas roots run deep. Yet Garcia, despite being born and raised in Eastern Spain, also became an adopted member of the Longhorn family last summer when he tied the knot with former UT women’s golfer Angela Akins.

As for Garcia himself, the honorary Longhorn will participate in the WGC-Dell Technologies Match Play, which begins March 21.