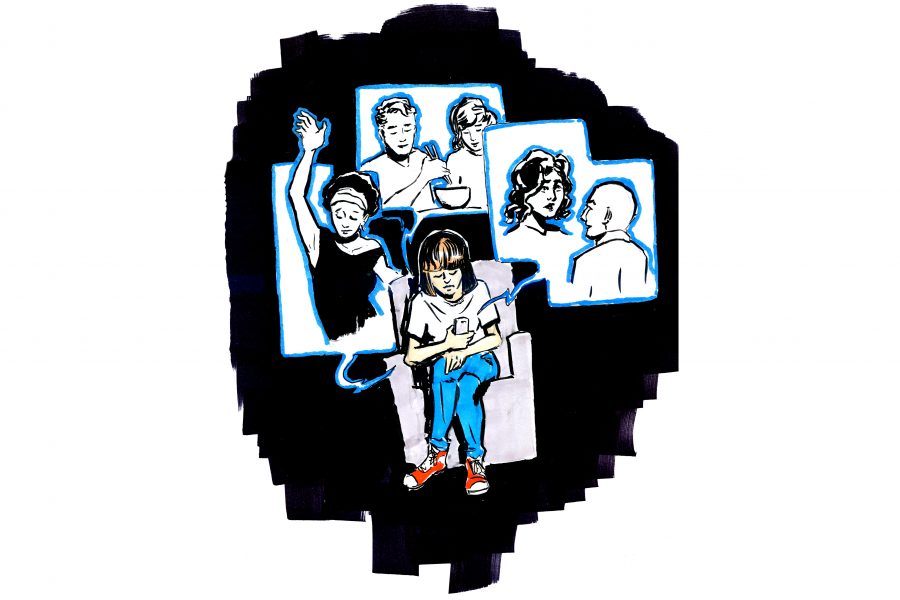 College is supposed to be the best four years of your life. So why does it feel like you’re missing out?

FOMO is a term that’s only been around since the mid-2000s, but the concept has been prevalent on college campuses nationwide for decades. The fear of missing out, or FOMO, is the product of one’s own anxieties on missing opportunities mixed with messages and external signals received from the outside world.

As a part of a large school, it is normal to want to feel like an active part of a whole, and when biology junior Patricia Bal transferred to UT, she felt no different.

“On Speedway, there were a lot of tables and I thought to myself ‘I’m going to try everything,’” said Bal. “And I think that was my biggest mistake, joining so much at once. I even missed discussion classes because I had so many meetings
(for organizations).”

Bal is not the first student to get over-involved on campus, and probably won’t be the last. Social media plays a continuous loops of exciting content posted by friends, and it’s tempting to want to be a part of all that excitement. Andrew Dillon, a professor at the School of Information at UT-Austin said the presence of social media does have an effect on an individual’s point of view and could enhance a fear of missing out.

“Social media amplifies the illusion of other worlds,” Dillon said. “As these representations create markers of experience, it is not unusual for people to interpret them as real and benchmark their own world accordingly.”

Dillon also said if the content we view on social media sets the expectations of normalcy, then the viewer may feel a sense of FOMO if they are not sharing in the same experience. For junior radio-television-film senior Veronica Alvarez-Ferreira, FOMO has played a role in how she manages her time.

“You don’t really have a lot of extra time,” Alvarez-Ferreira said in reference to a busy student schedule. “Even though I might kind of just feel like staying home and just watching a movie because I’m so tired, I’m probably going out and see my friends because I don’t want to lose touch.”

“If you didn’t go to the big parties, you weren’t really part of the culture,” Herr said.

Herr and Alvarez-Ferreira are not alone. According to a study by Andrew Przybylski out of the University of Essex, young people under the age of 30 tend to rank highest on conducted ‘FOMO tests’. It was also concluded in the studies that individuals with high ranking scores on the FOMO test were more likely to check texts and emails while driving, as well as get distracted by their social media during university lectures.

Robert Lewis, media psychologist in the Stan Richards School of Advertising commented that FOMO is often inflated by the addition of new technologies, in this example, social media, and how the presentation of everyone’s best self is unachievable for a single person to replicate.

“They’re sharing good news and keeping bad news private,” Lewis said. “You compare yourself and there’s no way possible for any individual human being to have all the experiences that they see whenever they’re using social media.”