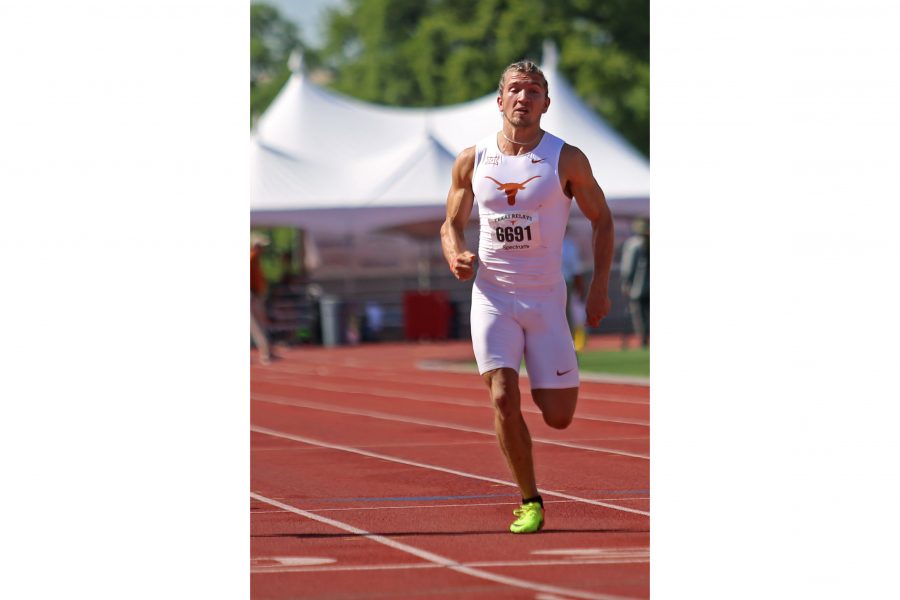 On Thursday morning, the Longhorns’ track and field team lost its head coach, Mario Sategna, after he “separated from the program.” On Saturday, the team had to put that to the side and compete in Albuquerque, New Mexico. With the Big 12 Championships this week and the national championship next week, there was no room for a let down.

Sophomore Elena Bruckner has had a fantastic season up to this point. She’s broken personal records on many occasions this season.

She competed in the shot put event this weekend and produced a respectable 15.85-meter throw. Her score landed her a top-10 finish. Despite the result, she was unable to move up on the performance list. Bruckner currently sits at No. 16 in the NCAA rankings. Her standing, if it holds, will qualify her for the national championships.

Recent graduates and Olympians, Ashley Spencer and Courtney Okolo, also competed this past weekend. Both attempted to secure a spot on Team USA. Spencer finished 11th with her time of 53.21 seconds in the 400-meter, failing to qualify for the finals.

Okolo had the opposite experience. She was stellar in the first round of the same event, finishing in second with a time of 51.75 seconds and advancing to the finals — enough to impress Texas interim head coach Tonja Buford-Bailey.

“Courtney had a breakthrough,” Buford-Bailey said. “After her injury last year, this was the first time she really put it together on the track. I saw the old Courtney today. That excites me, and I am confident that she can make the team.”

Junior Teahna Daniels finished off day two in New Mexico with a third-place finish in the 60-meter dash, finishing with a time of 7.22 seconds. She fell behind early to the eventual winner, Kentucky’s Javianne Oliver, who exploded out the gate.

Considering the event was not exclusive to collegiate athletes, the Texas women performed well and showed themselves to be ready for championship-level meets over the next two weeks.

The men’s distance medley relay team, competing at the Alex Wilson Invitational, attempted to qualify for the NCAA Championships.

While Texas won its heat, the team drew a much slower heat of the two, as each of the top five finishing times from the event ran in the other heat. The Longhorns’ time of 9:31.80 ended up just 0.14 seconds off the qualifying time for the NCAA championship meet.

“The guys ran hard and raced well,” assistant coach Brad Herbster said. “I’m still very proud of our effort. I think we have a great DMR with the guys we ran today, and we will look to Big 12s and see what we can do there to score big points for the team and try to win another Big 12 title.”

While most of the men's team's focus has shifted to the Big 12 Championships, heptathlete Wolf Mahler is looking toward the outdoor season. Only eligible for outdoors, the fifth-year senior competed unattached in the USATF Indoor Championships in Albuquerque this weekend and placed second.

“With him only having outdoor eligibility for us this year, I hope his teammates are home watching this performance and get inspired by how hard he worked at this meet and by what he was able to accomplish at such a tough meet,” interim head coach Tonja Buford-Bailey said. “I can’t wait to see what he can do for us outdoors.”