Hey, UT-Austin Republicans: What do you want from your elected officials this primary season? 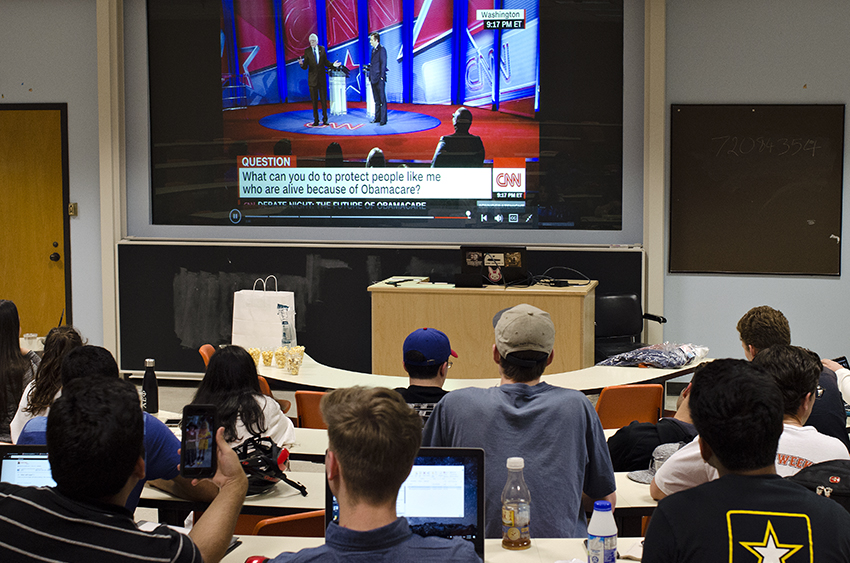 Last year, Texas saw an exceedingly divided Republican party during the legislative session. Lt. Gov. Dan Patrick and House Speaker Joe Straus, both Republicans, were regularly at odds over a range of issues.

The 85th legislative session was marked by a strong focus on intensely divisive issues, including the so-called "bathroom bill," which died in the House, and the “sanctuary cities” law, which passed during the summer special session.

A Texas Tribune and University of Texas poll released at the start of the session last year put Gov. Greg Abbott as the most popular of the state’s top officials with a 45 percent approval rate. Patrick and Straus, however, trailed behind with good reviews from only of 34 percent and 25 percent of voters, respectively.

We want to know: Do Republican college students feel the same about the state’s leaders? What are the most important issues you want to see talked about in the midterms? The same issues that dominated the last session, or different ones?

If you’re a college student, please fill out the form below and a Daily Texan reporter will reach out.

This project is a collaboration with The Texas Tribune. Learn more at texastribune.org.