17 killed in Parkland shooting: how UTPD prepares for active shooters 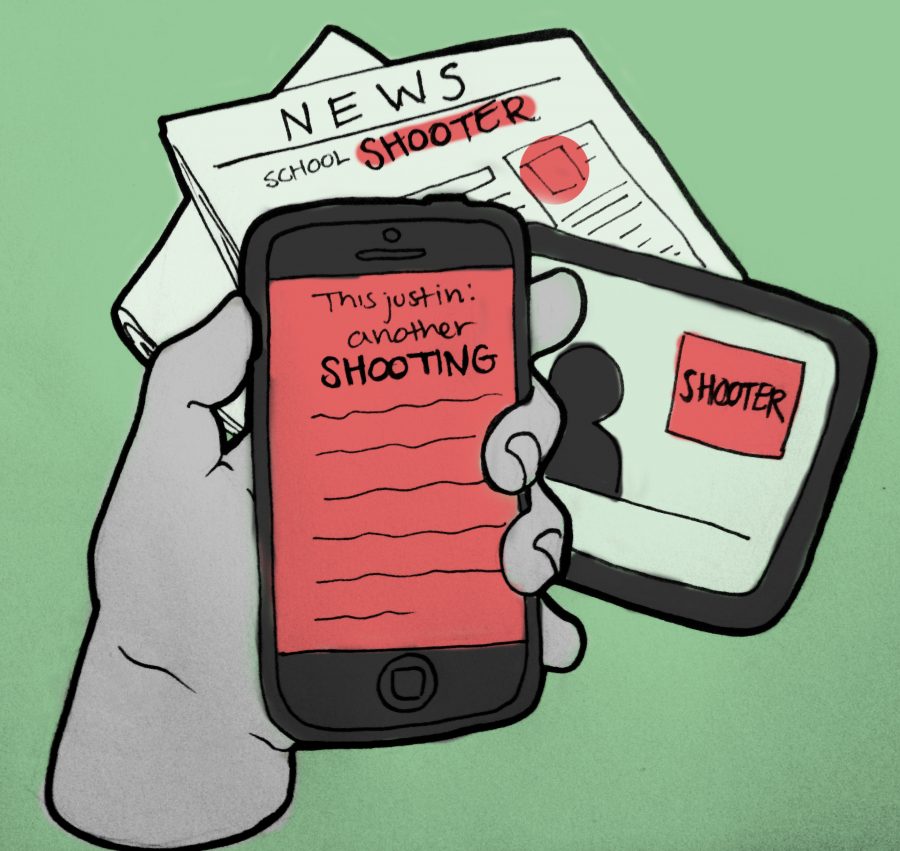 As mass shootings flood the headlines, the UT Police Department has specially trained officers ready in the event of an active shooter on campus.

Advertising sophomore Alexa Wachsman graduated in 2016 from Marjory Stoneman Douglas High School in Parkland, Florida, where a mass shooting killed 17 people last week. Her sister currently attends the high school and was there the day of the shooting.

“I was devastated to hear about the shooting,” Wachsman said in an email. “I never felt unsafe a single day at Douglas or in Parkland as a whole. At first it didn’t make sense to me. My family was heartbroken by the news and is still grieving. I have never been so thankful that my sister is safe.”

UTPD created the Counter Assault Strike Team in 2014 with the primary purpose of countering an active shooter or a high-risk situation, said Jorge Cuellar, UTPD corporal.

“The CAST team does monthly training,” Cuellar said. “We have mandated training hours that we have to abide by for the state of Texas. The minimum is 16 hours a month that we train. We go all over the state for the most recent, updated training, mainly for active shooter responders.”

Along with specialized CAST officers, every officer in the UT System Academy goes through Advanced Law Enforcement Rapid Response Training, which is for active shooter scenarios, and they have additional yearly training, Cuellar said.

Cuellar said during an active shooting on campus, people should listen to police officer instructions and remember to “Run. Hide. Fight.” Cueller also said if people suspect anything suspicious or concerning, they should call 911. UTPD has a Threat Mitigation Unit to address certain concerns and investigate further.

One of the first mass shootings in the United States took place when Charles Whitman shot and killed 14 people from the UT Tower in 1966.

Vaughn Bryant, an anthropology professor at Texas A&M University, was a graduate student at UT when the Tower shooting took place.

“I remember that day very well,” Bryant said in an email. “I casually walked up toward the Tower, hearing popping sounds and seeing smoke, but never dreamed someone was shooting people.”

Following the Tower shooting, there was shock about what happened, but the response was different from what happens now, Bryant said.

“I do not remember anyone saying we should get rid of guns,” Bryant said in an email. “I think most believed that it was just a one-time occurrence by a deranged person. Aside from those who were in the hospital, life on campus went back to normal fairly quickly.”

Wachsman said she wants to see change so the phrase “school shooting” becomes a thing of the past.

“I want every single person to feel safe no matter where they are,” Wachsman said. “I want parents to feel safe sending their children to school, and I want kids to feel safe going to school. I don’t know exactly what it will take for that to happen — that is just the ultimate goal.”