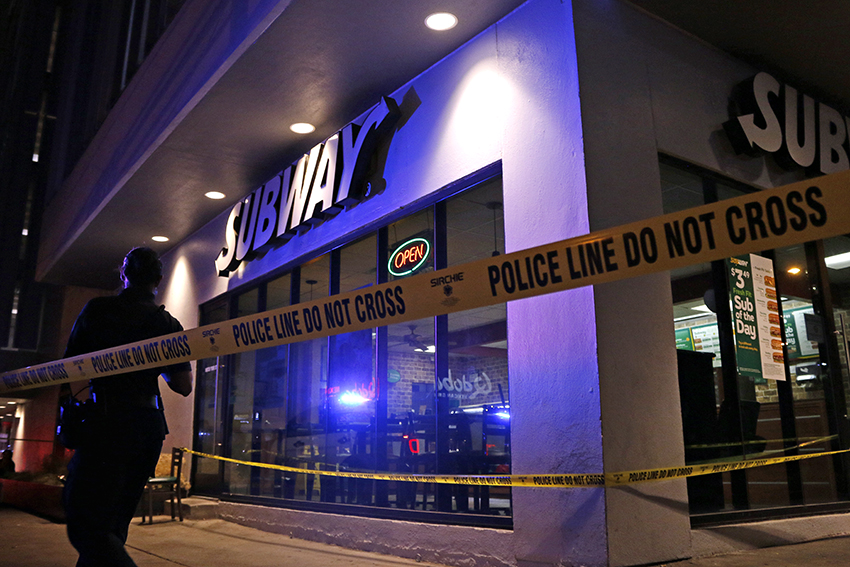 This is the fourth robbery of a Subway in West Campus this year. However, this incident does not appear to be related to the previous cases, APD spokeswoman Tara Long said.

The Austin Police Department responded to reports of an armed robbery at a Subway in West Campus on Tuesday night. The Subway is located at 2323 San Antonio Street, near The Castilian student apartments.

The suspect was described as a light-skinned black man in his mid-30s, wearing baggy clothing, according to a UTPD safety alert.

The UT Police Department tweeted that witnesses said the suspect was running southbound on San Antonio and urged people to avoid the area.

UTPD was notified of the incident by APD, and sent out an email safety alert to the UT community at 10:09 p.m.

Breaking: @Austin_Police has notified @UTAustinPolice of an armed robbery that just occurred at the Subway in West Campus, near The Castilian. pic.twitter.com/GNIPK5huAF

Tara Long, an APD spokeswoman, said there is no additional information at this time.

This story will be updated as we receive more information.