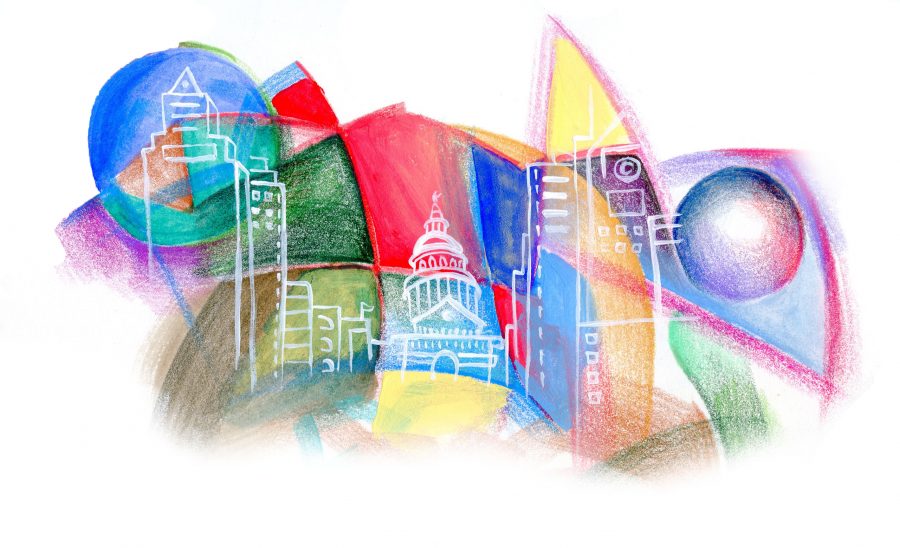 The “third places” of a city are where people go outside of their homes or workplaces, and they are the backbone of a city’s culture. Every Texas city has Starbucks, Walmart and Whataburger — you could live almost anywhere in the state without noticing a difference. These chains are everywhere, which can make any city feel like nowhere.

There are hundreds of local businesses that define Austin’s culture, and the phrase “Keep Austin Weird” is a call to support them. For almost every national chain, there’s an Austin business in competition. Austin is rated as one of the best places to start a business, and local entrepreneurs credit much of that to support from each other and the community. The proliferation of out-of-town chains in the campus area is chipping away at what makes Austin different from other Texas cities, and the student body’s spending habits are driving that change. We’re taking the Austin out of Austin.

Downtown clubs and bars were crucial in the creation of Austin’s music scene, and you can still hear the legacy of psych rock, country and blues on any Saturday night at the venues on Red River Street. Those bastions of youth culture owe their existence to UT students’ bands and patronage. Former institutions such as Hole-in-the-Wall are now struggling to stay afloat.

The coffee shop culture that grew out of students’ need to study anywhere but the PCL has created some of the best spaces to meet up and hang out with old friends, or to have a casual first date. While many have come and gone, Epoch, Bennu and Caffé Medici all still serve as an alternative to studying in our bedrooms, and they remain haunts for those who have finished their academic careers but still need that “third place” to get work done.

Austin is shaped by where UT students spend their time and money. In the past, we supported places that made Austin more unique. We lamented when local chains and independent stores closed in West Campus. But over the past decade, there seems to have been a shift in spending patterns. Rising property values and tightening profit margins put a squeeze on local businesses, and UT students were not there with their patronage to help keep them afloat, leading to more national chains moving in to fill the void. The new development of West Campus doesn’t have that Austin quirk to it. Walking past new residential towers, I sometimes feel as if I could just as easily be walking through Dallas.

The genericization of West Campus does not spell the end of culture in Austin. I always prefer an Epoch to a Starbucks, but they don’t always exist in opposition to each other. UT students aren’t the only ones supporting local business and driving the culture of the city toward the weird and bizarre. UT students and alumni of years past have been the catalyst that lit up Austin’s culture, and it’d be a shame if we gave up that legacy for another Urban Outfitters.

Rigney is a government senior from Austin.