Texas looks to ditch mediocrity in matchup with No. 1 Washington 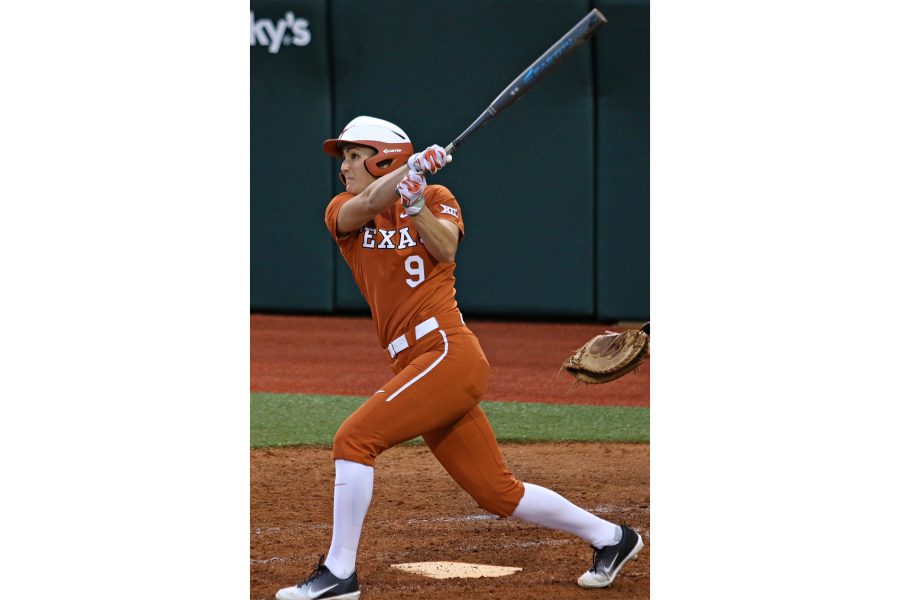 Any of those words could be used to describe Longhorn softball eight games into the season, as the team’s record currently sits at 4–4.

The campaign started in optimal fashion when Texas won the first two games of the season. But the hot start quickly cooled with two losses to finish out the Texas Classic in Austin.

This past weekend in Mexico, the Longhorns did much of the same, winning two games and losing two, with those losses coming to ranked teams in Ole Miss and Oregon. Texas failed to record an early-season signature win despite a couple of opportunities.

“I think, more than anything, we have to really stay together,” Texas head coach Connie Clark said. “I think that’s the strength of this group. You have to deal with stuff during a season.”

A midweek matchup versus the No. 1 Washington Huskies on Wednesday night presents the perfect opportunity for the Longhorns to pick up a signature victory and grab a winning overall record before the Texas Invitational begins this weekend.

“Their mentality is one of the best I’ve been around in many years,” Clark said. “The sky is the limit in many regards. I think there’s a good mixture of veterans and newcomers.”

The mix of upperclassmen and younger players has been a big storyline thus far in the season, as the youth of the team continues to learn how to play at the collegiate level. As a majority of the infield is comprised of sophomores and freshmen, a learning curve is to be expected.

But those younger players are slowly turning into leaders on the team, right alongside the upperclassmen.

“I don’t think it’s necessarily older players all the time,” senior captain Randel Leahy said. “Some of our sophomores and freshmen are leaders on this team, and I think we’re stressing that this year. It doesn’t have to be the upperclassmen that take control. It needs to be everybody on the field.”

One of the most impressive newcomers for Texas this season has been freshman Janae Jefferson, who hit safely in her eighth-consecutive game during Saturday’s matchup against Houston.

Jefferson has also been busy breaking records. Her eight-game hitting streak set a new school record for the longest hitting streak to start a career. For the season, Jefferson is hitting .522 with 12 hits and seven RBIs.

Having such a talented player on the roster has paid immediate dividends, as the Longhorns are getting production at the top of the lineup.

“I think she’s a special player,” Clark said. “We’re starting her in the infield and putting her in the leadoff spot, so we’re asking her to do a lot. But she’s one to watch this year.”

The Longhorns take on Washington at 5 p.m. Wednesday at Red & Charline McCombs Field.

“When people are on our turf, we have to put them on their heels,” Clark said. “I think that’s going to be pretty key for us.”