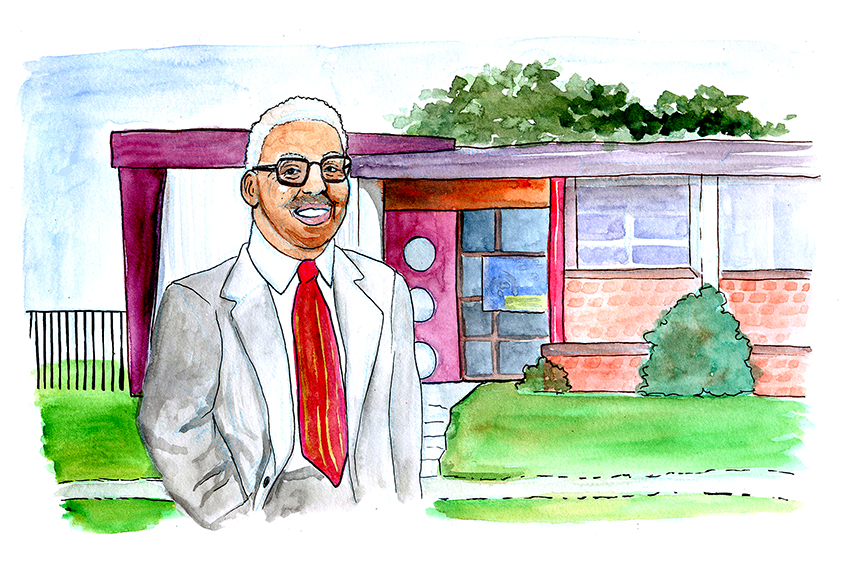 John Chase, the first African-American architecture student to enroll at UT, will be immortalized by the University with his first commercially designed buildings serving as the new home of the Community
Engagement Center.

The University purchased the land last September for $1,050,000. After renting out a building in East Austin for nearly a decade, the center, which helps those with limited opportunities through education programs, was looking for a new building last summer for its staff. The purchase of this building in the East Austin neighborhood was perfect, said Virginia Cumberbatch, the center’s director.

“The Community Engagement Center’s mission is focused on using our resources as a University to build equity and opportunity for the community that surrounds UT,” Cumberbatch said. “This property is bringing back a part of the UT narrative and reconnecting it to the University. This is honoring (Chase’s) legacy as an alum, and not just an alum, but an exceptional alum, and the first to open up the doors for
African Americans.”

The building was constructed in 1952 as the headquarters for the Colored Teachers State Association of Texas and is on the National Register of Historical Places.

“His buildings still look very contemporary,” said Leslie Blair, executive director of communications for the Division of Diversity and Community Engagement. “I would say it was very modern and considered a little bit edgy (at the time.) He says that he was influenced by Frank Loyd Wright and also by another black architect, named Paul Williams.”

Chase graduated from UT in 1952 and was the first licensed African-American architect in Texas. He opened four firms across the country and was involved in projects such as the Vietnam Memorial, Delta Sigma Theta National Headquarters and the Harris County Astrodome Renovation.

“Going to graduate school and then opening up his own architecture firm was (done) because he couldn’t get hired anywhere else,” Cumberbatch said. “He really developed and mentored a lot of African-American architects. You can see his legacy throughout the U.S. because so many of those people got jobs and opportunities because of him.”

The University should continue to acknowledge the pioneers of the past for their contributions to the city, architecture graduate student Mitch Avitt said.

“There are several factors that make Austin an interesting city for race relations and how architects and planners have worked with it, specifically, (North Interstate Highway 35) acting as a very physical divider separating white people and black people,” Avitt said. “I think it’s a really momentous step that the University is taking. There’s a lot to be celebrated for people that paved the way for others, and I don’t think we should ever lose that.”

Although there is no move-in date yet, Cumberbatch said this is an exciting step for the University to continue building a relationship with the community.
“I think over the last 10 years or more we’ve created safe spaces for the community to have access to all the great resources,” Cumberbatch said. “I think it will also mean a lot to students. As a University, we’re not just saying that we appreciate and recognize diversity, but that we’re moving toward inclusion. Hopefully this will raise the visibility of other people like Chase, because he’s not the only one with this story.”