Texas blows early lead to fall in Game 2 against LSU, 10-5 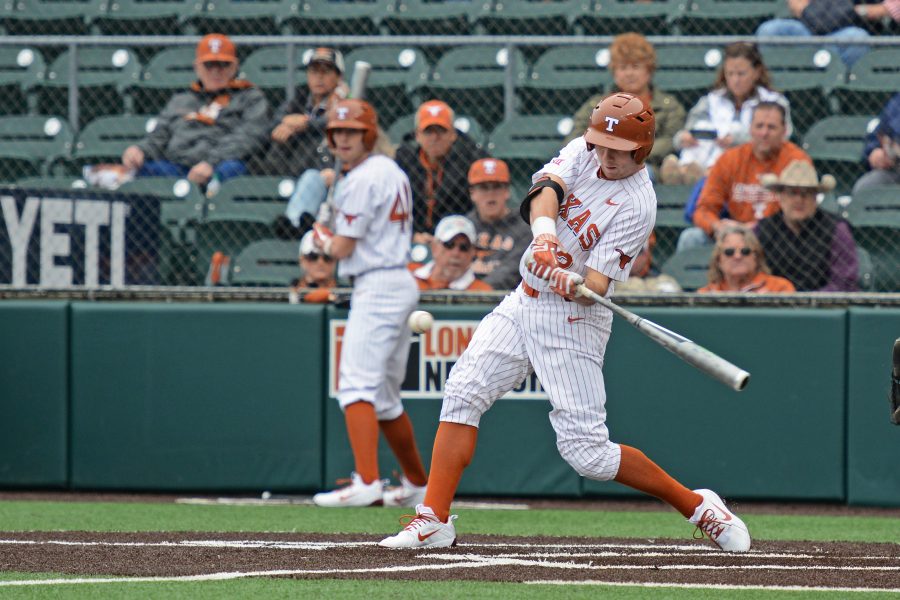 BATON ROUGE, Louisiana — It was almost impossible to think a game could sting as bad as the opening game of the LSU series Friday night, when the Longhorns were blown out, 13-4.

Texas seemed to be out of it from its first at bat, with little chance of a comeback. It was just all-around bad baseball.

This time, though, in a very different way. After Texas jumped out to a 5-0 lead, it looked to be in a position to cruise to victory. But LSU did not go away. The No. 23 Tigers rattled off 10 unanswered runs to beat the No. 19 Longhorns, 10-5.

“We shouldn’t have been in that position,” Texas head coach David Pierce said. “We can’t have our focus disappear in the middle of the game in one inning and let it snowball on you. Leadership has to take over there.”

Texas (3–3) started the game flawlessly through 4.5 innings. The Longhorns smashed the ball with ease, hitting their spots precisely and fielding like a professional ball club. But in the bottom of the fifth, Texas lost its bearings.

Texas’ starting pitcher, junior Chase Shugart — who performed near-perfectly through his first four innings — lost his stuff. LSU rattled off hit after hit, aided by a costly couple of miscues from the Texas defense.

“I thought (Shugart) was as tough as he’s been through the first four,” Pierce said. “When he got into the fifth and a couple of things didn’t go our way, I thought the team lost focus, including Chase. Instead of making quality pitches, he started pitching a little behind and started feeding their bat.”

Once the Tigers smelled blood, they went for the kill shot. After tying Texas’ five runs, LSU added five more over its next three innings. Texas was unable to stop the bleeding, subsequently giving the game to LSU who turned and ran with it.

The Longhorns’ offense failed to scratch another run. Texas looked like a completely different team than it had shown to be earlier in the game.

But there were still plenty of bright spots from the game for Texas. Redshirt freshman DH Zach Zubia finally found his power stroke, hitting two home runs on the day — his first two of the season.

“Yesterday we swung at a lot of balls that were out of the zone,” Pierce said. “Today we were much better, and when we got pitches we were really good with them early. Zach had a lot of success because of that.”

Sunday’s game, the final of the series between Texas and LSU, begins at 1 p.m. The Longhorns hope to avoid the sweep.