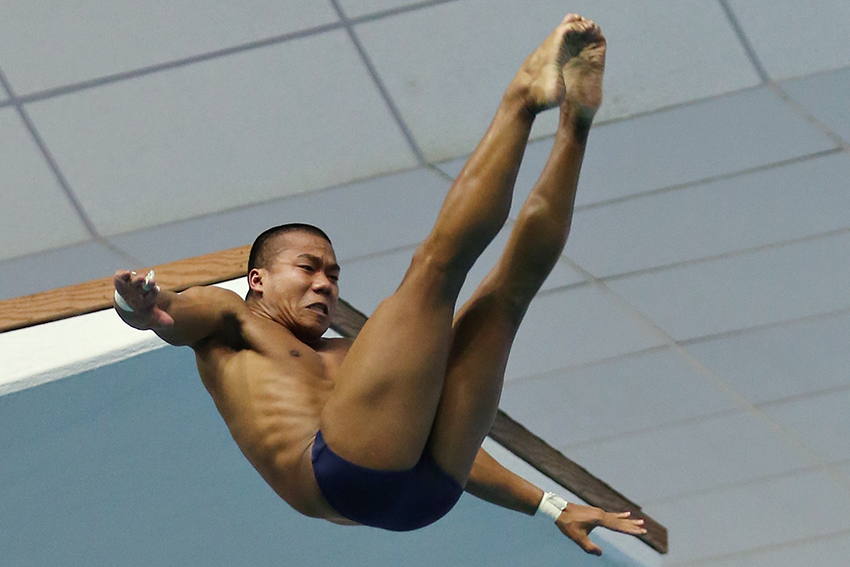 In November of 1998, Jordan Windle had just been born in Sihanoukville, Cambodia. By that time, Texas head coach Eddie Reese had already won his 19th straight conference championship with the Longhorns.

Fast forward 20 years and Windle has now helped the men’s swimming and diving team capture its 39th straight conference title in just his first season on the 40 Acres.

On Saturday, Windle showcased himself in the platform finals and did not disappoint. Not only did he win the competition, but Windle’s 570-point performance set an NCAA record for the event, shattering the previous mark by nearly 20 points.

“I’m still wowed by it,” Windle said. “A lot happened in this competition so I’m still trying to take it all in, but I’m really ecstatic about coming out on top and having a new record set for NCAA. It’s incredible.”

Windle is a unique hybrid in the diving game, being able to perform both platform and springboard diving while most specialize in only one. This type of versatility is what allowed him to also take home first place in the 3-meter finals on Friday.

The Big 12 Championships were a new opportunity for Windle to put his athletic abilities on display in front of the entire country, and he looked to keep his composure through it all.

“The first one I felt really calm about it,” Windle said. “I just wanted to have some fun. I got up there, did it. Then right when I hit the water I was like, ‘That felt really good.’ So I came out and everyone was cheering. Then when I got to my second dive, I was like, ‘Hopefully we keep this rolling,’ then I hit that one as well. Everything then just started falling into place.”

Everything did seemingly fall into place for Windle. At the conclusion of the events, he was awarded the newcomer of the meet and diver of the meet for his monumental display throughout the competition.

Windle’s next challenge will be the NCAA Championships next month in Minnesota.

After this week’s strong showing, Windle and the rest of his Texas teammates are one step closer to a fourth straight national championship.

“We took a good step here, but we’ve got another three-and-a-half weeks to get ready for NCAAs,” Reese said. “I feel real good about where we are.”

Reese said that his athletes will approach the next meet just the same as they have in previous years.

“They have real simple goals,” Reese said “It’s just work hard and try to get better in whatever you do. If you do that, it makes your team better. Some of them didn’t swim like they wanted to, but they know they’re going to be good in the end. That’s more or less our tradition. We are good here, and we’re real good at NCAAs.”