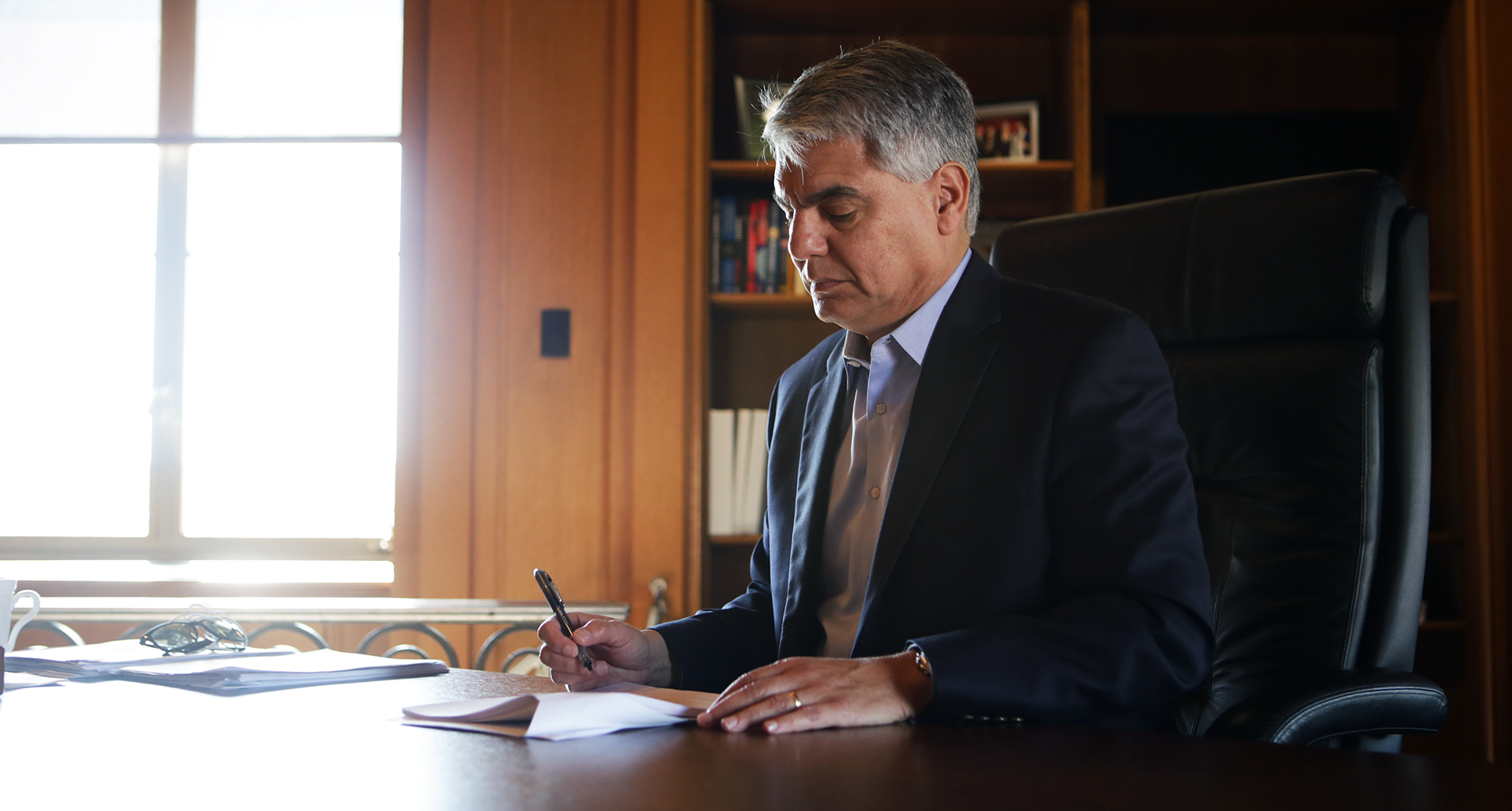 A February audit by the UT System found Fenves’ business class flights, considered premium airfare, to be in violation of UT rules, which only allow the University president to fly economy class for University affairs unless under approved exceptions.

“UT-Austin’s institutional travel policy does not allow for payment of premium airfare without an approved allowable exception, which includes a documented health issue, only seat available, lowest airfare available, contract/agreement requires it, another entity is reimbursing the airfare or research grant allows it with the use of grant funds,” the UT System audit states.

The documents Fenves provided for the audit did not fall under any allowed exceptions. Fenves told the Austin American-Statesman on Monday he believed business class airfare was approved. He has agreed to follow University policy for future flights.

“President Fenves accepts the findings of this audit, will reimburse the University for the cost of the business class travel and his office will follow all internal policies,” University Spokesperson Gary Susswein said in a statement.

Fenves took 50 business class flights, 40 of which his wife accompanied him on, Susswein said. The added costs amount to $27,000. The flights were paid for with donations specifically made to cover presidential expenses. Tuition and taxpayer money was not used.

The audit recommended the President’s Office stop purchasing premium airfare for Fenves and his wife, or revise University rules. The University said Fenves would comply with the existing rules and reinburse the University for the additional costs, even though the audit did not require repayment.

“We acknowledge the audit results and the need to follow University rules,” the University’s statement said.

The audit was part of UT System requirements to periodically examine the President’s travel, entertainment and University residence maintenance expenses. Since becoming president in 2015, this was the first time Fenves’ expenses were audited.

Apart from the airfare, the audit concluded Fenves’ “expenses seemed appropriate and accurate.”

But a February memo from the UT System, separate from the audit report, raised concerns about the University’s approval of “Entertainment and Official Expenses” for UT’s top administration officials.

Under the University’s policy, food and beverages, facility rentals, flowers, invitations and similar expenses are covered as entertainment expenses when used for University events.

Citing the current University policy, under which “deans, vice presidents and vice president equivalents may approve their own expenditures and exceptions,” the memo called this procedure ineffective.

“This does not provide effective oversight of expenditures because any expenses/exceptions for senior management may be self-approved,” the memo states.

The memo recommended the University revise its policy to not allow self-approval of entertainment expenses and exceptions, which the University agreed to begin amending by March.

“Internal controls need to be tightened so that no employee may approve their own expenditures,” the University responded in the memo.

The policy has been in place for years, but no public money or Permanent University Fund money can be used for these events, Susswein said. Tuition can only be used to support student academic services and events and can never be used to purchase alcohol, according to University policy.