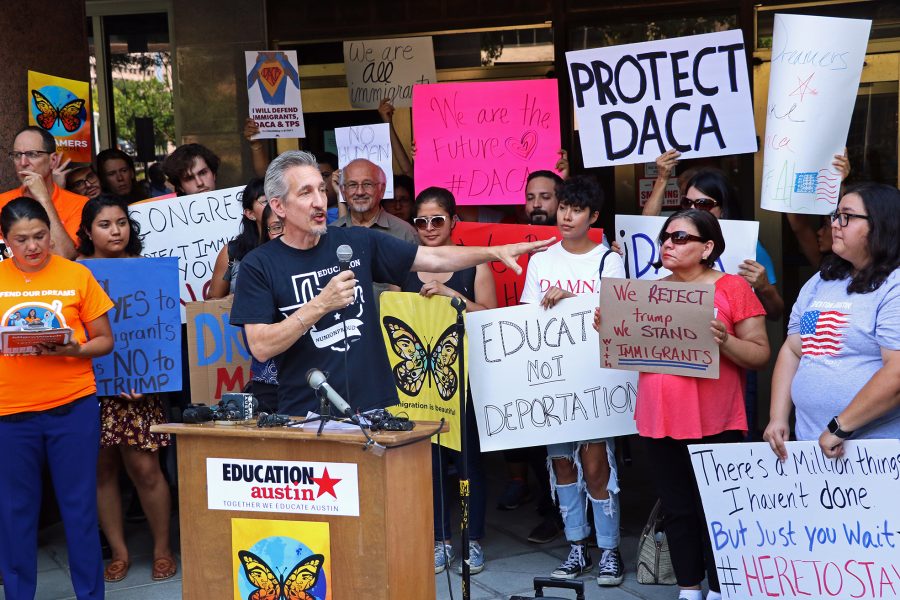 The U.S. Supreme Court declined to review the Obama-era policy that protects 700,000 immigrants from deportation, potentially delaying for months a final decision on the fate of so-called “Dreamers.”

The review was requested last month by the Justice Department after U.S. District Judge William Alsup of San Francisco temporarily blocked Trump from rescinding the Deferred Action for Childhood Arrivals program. In the short-term ruling, Alsup wrote that the decision to cancel the program was based on the idea that DACA is unconstitutional, and if this is not the case, then the policy has been “victim of a colossal blunder.”

Alsup’s ruling, which is still in place until it is taken up by the 9th Circuit, prevents the Trump administration from ending DACA and ordered that renewal applications be accepted. However, new applications to the program do not have to be granted.

This means the original March 5 deadline to end DACA, set by President Donald Trump last fall, is now meaningless unless Alsup or a higher court makes a decision before next Monday.

As soon as this ruling was submitted, the Justice Department filed an appeal with the 9th Circuit Court of Appeals and asked for the Supreme Court review.

The Justice Department released a statement on Monday morning following the decision, according to The New York Times.

“While we were hopeful for a different outcome, the Supreme Court very rarely grants certiorari before judgment, though in our view it was warranted for the extraordinary injunction requiring the Department of Homeland Security to maintain DACA,” said Devin O’Malley, a spokesman for the department. “We will continue to defend DHS’ lawful authority to wind down DACA in an orderly manner.”

Alsup’s injunction will remain in place until either Alsup or an appeals court makes a final decision on the constitutionality of the program. If they choose, the 9th Circuit or Supreme Court can also issue their own injunctions, or overrule Alsup’s, as litigation continues.