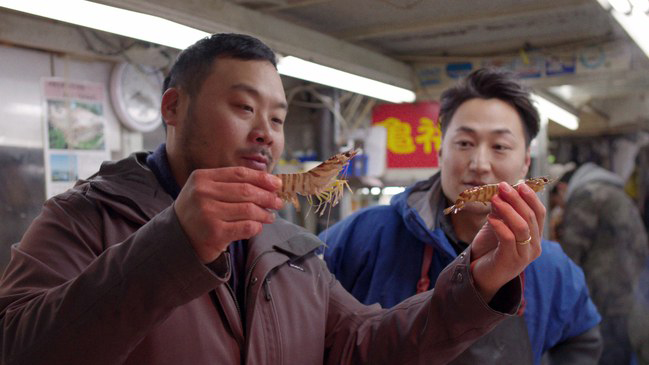 Taking common foods and tracing them through their popular and traditional culture, David Chang’s Netflix Original “Ugly Delicious” serves up an introspective, visual conversation that focuses on the role of food as a force for change.

Beginning with pizza and ending with dumplings, the series trails its way through common foods which have a strong, well-established historical significance. Following a loose interpretation of their historical path, David Chang brings in food writers, celebrities and chefs such as Peter Meehan, Aziz Ansari, Jimmy Kimmel and Rene Redzepi to discuss the cultural, social and political relevance of foods such as tacos or barbecue in an intensely visual way.

Chang’s social commentary defines the series. It discusses the social implications of bringing food to different locales and developing it to the tastes of the area.

By giving other chefs an opportunity to speak about their food and of their personal connections to their cooking, the series gains an intimate feel through the interviews featured in the program. This also allows the series to seamlessly slip into discussions of food as a mechanism for change, as many of the interviews are with immigrant chefs or patrons who have seen community response to their food pave the way to acceptance of their culture.

The settings in which chefs, product suppliers, actors and restaurateurs are interviewed also lend to the comfortable, intimate feel which pervades the series as they discuss their upbringing, journey as a chef and, in some cases, their experiences emigrating to the U.S. and other countries. The intimacy of their interviews ties in quite nicely with what Chang is trying to say about food and its social power.

By describing their experiences with immigration and its implicit tie to their culinary experience, Chang and his interviewees transform food into more than a simple means of consumption. For viewers and patrons, food becomes a gateway into dialogue surrounding immigration in terms of human experience as opposed to what types of laws or systems should be in place. Their experiences humanize the issue, their food makes their patrons willing to listen and their emotions on screen pull viewers into their struggles.

While a typical documentary may feature a talking head detailing events, histories or facts of the industry, “Ugly Delicious” features fun animated sequences, such as a debate between a crawfish and shrimp discussing their own popularity in Viet-Cajun cuisine. This lends a more creative side to the storytelling aspect of the series. It breaks up the blocks of people alternating between eating and talking, keeping the series from being boring.

Another aspect of the visual method of storytelling employed in the program are of clips from other works to establish the history of the food, if it has a long tradition, instead of having another talking head sharing this information.

“Ugly Delicious” takes popular foods and tracks them through their multicultural histories and environments. It tells a story about food as a mechanism for social change regarding immigration and product sourcing, as well as how to really define “authenticity” in terms of food. The series is well worth watching, and will have viewers ordering their own pizza halfway through the first episode.