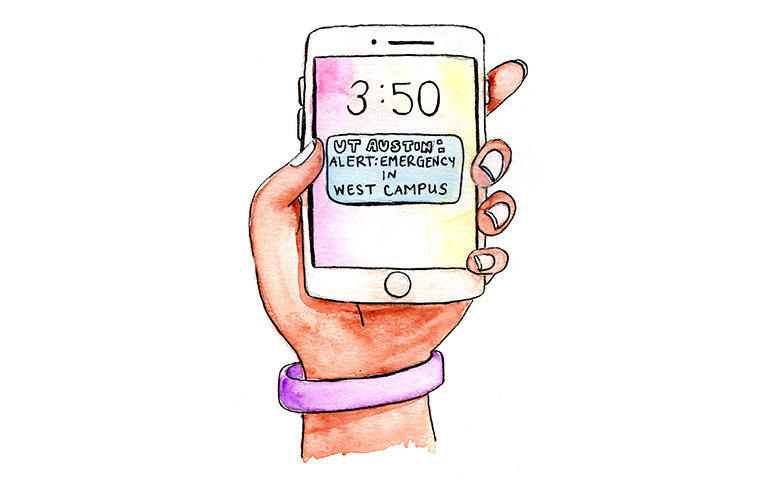 Information about UT services may soon be just a text message away if a recently passed Student Government initiative comes to fruition.

“It is a texting tool that will allow students to access any information they need on any campus resource,” Engel said. “It’s feeding from a database; we built a huge database with all the resources campus offers, and they’re all linked to words that are associated to them. So you just text in words, and it sends back all the information that you need based on what we have input in the database.”

Rather than having multiple phone numbers for specific resources, the bot only requires users to save one phone number. The bot would connect users with the appropriate service via text. For example, if a student texts a phrase including “sick,” the bot would relay information on UHS, Engel said.

Rather than hiring an outside company to make the bot, it will be made for students by students. Shaayaan Sayed, computer science senior, and Michail Shaposhnikov, computer science and mathematics sophomore, were brought on the team to construct the bot.

Sayed and Shaposhnikov will use the most up-to-date technology, such as the cloud system, to create a database that could respond to student and staff text messages appropriately, Sayed said. He said in their current plan, the bot will be able to provide any online public information on campus resources.

If the first project is successful, the team hopes to advance the bot by using more complex technology, such as Natural Language Processing.

“For understanding, it will use a programming called Natural Language Processing, which attempts to codify the English language and use technologies, like context awareness, to realize the student’s intention and emotion and capture the best response,” Shaposhnikov said.

The initiative now sits in the Senate of College Councils, and its launch depends on student support and funding.

“We need more demonstrations of student support for the project, so we have a stronger case for when we ask for funding,” Solder said.

If approved by the Senate later this spring, UText could be a reality by the end of the semester, Engel said.