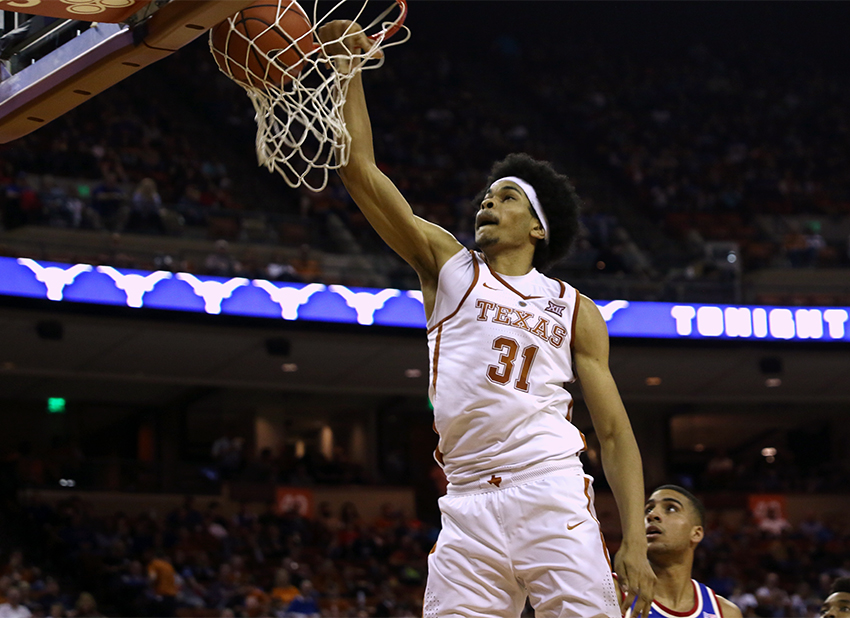 The Brooklyn Nets beat the Chicago Bulls, 104-87, on Monday night, but all anyone wanted to talk about was Nets center and former Longhorn Jarrett Allen’s ferocious slam dunk over Bulls power forward Lauri Markkanen.

Midway through the third quarter, the NBA rookie came off a perfectly executed pick and roll. Allen had no choice but to use all of his 7-foot-6-inch wingspan to dunk all over the 7-foot Markkanen, who tried to take a charge on the play. The dunk went viral last night. Take a look:

Allen is no stranger to big dunks. Check out his monster dunk last year against West Virginia that had ESPN commentator Fran Fraschilla shouting, “It’s the dunk of the year!”

Allen was drafted 22nd overall by the Nets in 2017, and although his team has struggled this season, the 19-year-old has produced a respectable rookie campaign, averaging 7.8 points and 5.2 rebounds per game. The Nets can hope to see many more highlight dunks from the Longhorn standout.

And with the way he’s playing right now, it won’t be long until Allen has himself another poster featuring another player who wished he had just moved out of the way.