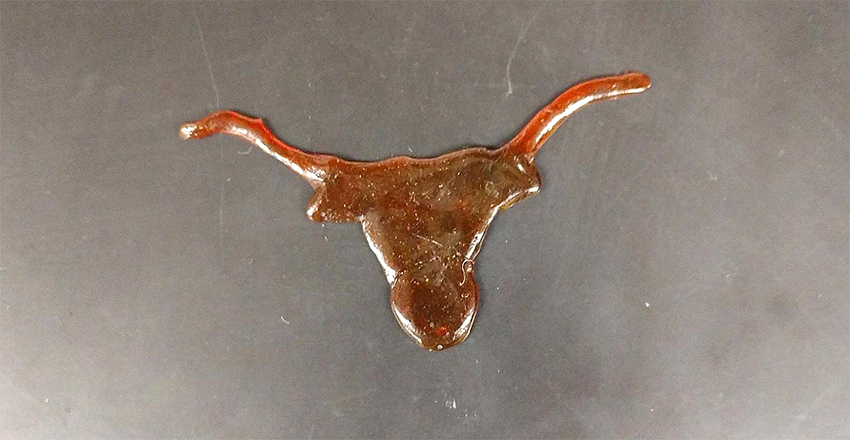 UT scientists aren’t loafing around: Chemically engineered yeast are rising to the occasion and producing chemicals for sustainable plastics.

By rewiring the metabolism of Yarrowia lipolytica, a yeast, researchers are able to produce triacetic acid lactone, TAL. TAL is a polyketide, a naturally occurring molecule commonly found in plants and bacteria, chemical engineering professor Hal Alper said. The chemical can then be used to synthesize new chemicals and create plastics and other materials.

Alper was the lead author on a paper published Feb. 12 in Proceedings of the National Academy of Sciences that detailed this new method.

Essentially, polyketides can be pulled from different points of central carbon metabolism, the process in which sugars are converted into metabolic precursors that provide energy. According to the paper, this method uses the “natural propensity” that Y. lipolytica has for acetyl-coA to produce TAL.

The team used Y. lipolytica as a platform of production. It’s a nonconventional yeast, meaning that it’s not the more traditional Saccharomyces cerevisiae, the typical baker’s and brewer’s yeast, that most researchers use, Alper said.

Previously, the team had been looking at Y. lipolytica and investigating its ability to make different types of lipids and fats, which can be a means for producing biodiesel, Alper said.

“Polyketides are made up of the same basic building blocks as fats, and (Y. lipolytica) is most well known for its ability to make a lot of fat,” said Kelly Markham, a graduate student in Alper’s lab and an author on the paper. “We used that native potential and rewired the yeast to make polyketides instead of fat.”

The native potential proved to be huge.

“We were able to produce the highest published yield of a polyketide ever,” Markham said. “That was really cool!”

Alper also said that the high levels of production were his favorite part of the project.

“Realizing that this was something that we had spent a lot of time on (made it) really gratifying to totally rewire this production,” Alper said.

This specific project was a long time coming, taking over four years before the researchers were able to publish their end results. Although they still haven’t reached 100 percent yield, Alper said that they’re currently working on it.

In addition to the high yield, Markham said that the researchers learned a lot about native metabolism in Y. lipolytica during the study.

“When we did all the upstream engineering to increase the amount of TAL we could produce, we ended up with success with pathways that hadn’t been previously studied, leading to a lot of exciting directions for future research,” Markham said.

She added that their research proved that Y. lipolytica could be engineered to create an entirely new class of metabolites than it had previously been used for.

“We can use the knowledge that we gained in this study to make more renewable chemicals in future engineering efforts,” Markham said.

The researchers are driven by finding new solutions for current problems, whether it’s new pharmaceuticals, chemicals or fuels, Alper said.

“We’re really inspired by how we can find sustainable, renewable and unique solutions to really fix problems that we have here in the world,” Alper said. “And we like doing it because it’s fun! It’s the unique combination of both that inspires us to go out into the unknown.”