Violence has no place in campaign ads 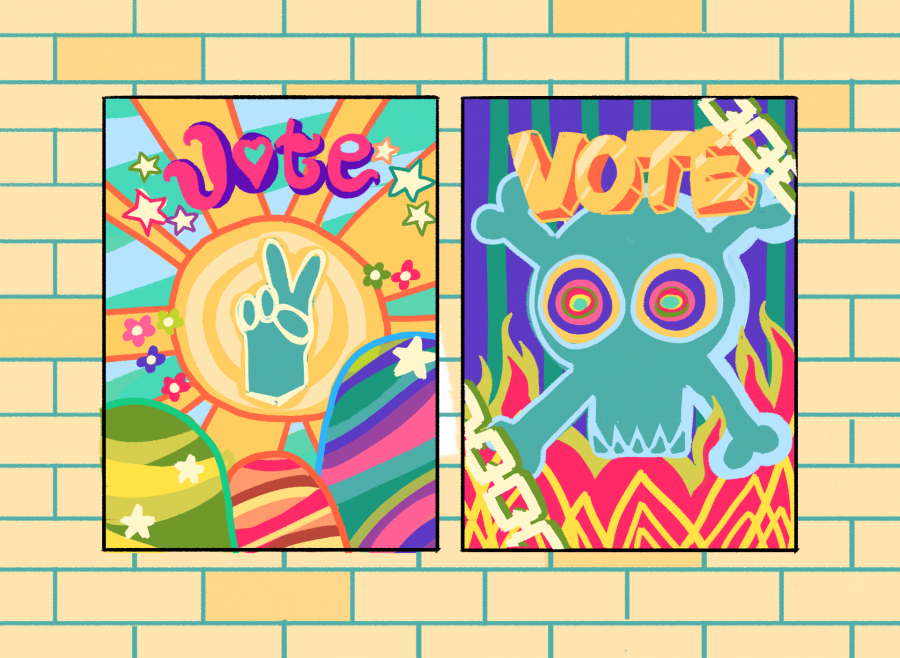 Political campaigns have a long history of playing with voters’ emotions. In 1800 this was calling the opponent a hermaphrodite, now it’s graphic  violence. This tactic is getting worse in local elections where low-budget PR teams and low turnouts allow candidates to avoid rational discussion and instead incite fear in voters. Candidates relying on pointless violence to substitute genuine argument corrodes any real political discussion.

Agriculture Commissioner candidate Trey Blocker posted his newest campaign video on Feb. 14 to announce support from the Texas Hog Hunter’s Association. The video features multiple hog carcasses hanging from the ceiling, one of which Blocker stabs after he finishes speaking.

Candidates like Blocker rely on fear as a political motivator with senseless violence to influence voters, eschewing strong arguments and justified principles. Fear is a lazy argument but a great motivator. That’s why politicians often fall back to the discussion of defense spending and safety in America: They invoke fear. Introducing violence in lieu of political debate reduces every further argument to an irrational argument about fear without ever addressing real issues.

Feral hog population management is an important discussion in Texas, especially Commissioner Sid Miller’s recent use of hog poison. Blocker had the attention of a community focused on the issue, a golden political opportunity. Instead, Blocker simply referenced that feral hogs were an issue, something two other candidates in the race have also brought up. Blocker incites fear and anger in voters, failing to create adequate political discussion.

Feb. 15, less than 24 hours after the Parkland shootings, Congressional candidate Kathleen Wall’s grayscale advertisement of her shooting a rifle multiple times was aired in the Houston area.

The video is tone-deaf to the discourse surrounding America’s most recent mass shooting. It allows Wall’s campaign to default to the easiest option, relying on needless violence without adding to any meaningful discussion of the issue. Wall’s video tries to agitate the Republican Party without ever involving voters in the debate. Downgrading the conversation to pointless violence condescendingly removes republicans from any real discourse.

Campaign ads fulfill their purpose when they highlight the virtues and principles of the candidate. The Illinois Civil Justice League’s attack ad against Judge Thomas Kilbride, though, combines violent narration and political principles. The ad detailed three graphic convictions Kilbride presided over, all dramatized by jumpsuit-clad actors in a shadowy room.

Campaign media needs to meaningfully represent the candidate’s principles, and this video at least tries to provide a valuable argument. The graphic violence, however, degrades any valid political argument — leaving voters to dwell in fear of criminals running free in their neighborhoods. Believing that judges should be stricter is a valid political opinion, ICJL’s video could focus on arguing that belief instead of scaring voters into submission.

This year is a defining period in American politics with record numbers of female candidates, party switches in deep red states and increasing voter turnout. Americans are reinvigorating politics by demanding an open and responsive system. Politicians need to keep pace with meaningful and valuable violence-free campaigns.

Foster is an accounting junior from Dallas.