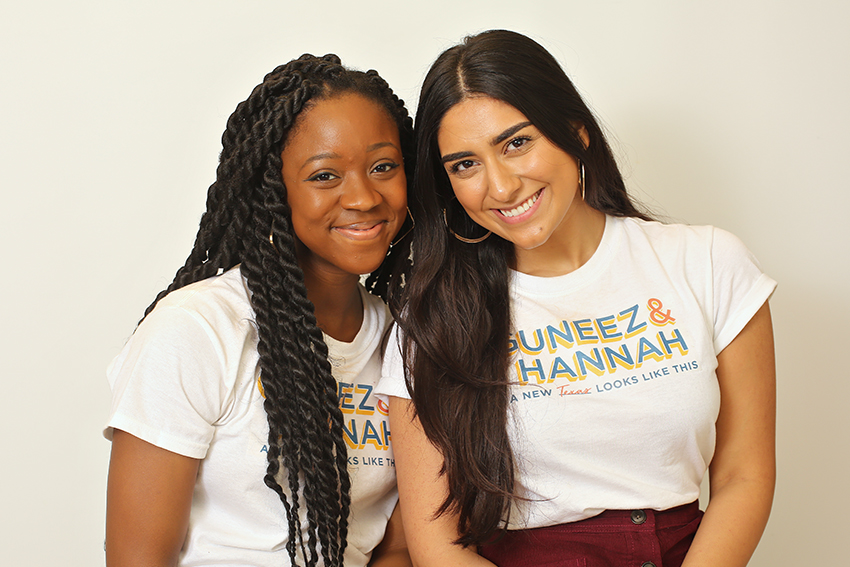 The Election Supervisory Board has issued sanctions against the Ibrahim-McMorris campaign for “deceptive campaigning,” according to the resolution released earlier today.

The Board issued a Class B violation against the Guneez Ibrahim and Hannah McMorris executive alliance campaign, issuing a moratorium on campaigning for the remainder of the campaigning period, which ends today at 4:30 p.m.

The Board came to their conclusion based on evidence of “discriminatory language upon a social media site,” according to the resolution.

The campaign received backlash this week for Twitter posts from McMorris, the vice presidential candidate, some dating as far back as March 2017, that some students called anti-white and anti-Greek life.

In response, the campaign issued a video on its Facebook and Twitter pages, in which Ibrahim, running for president, labeled the allegations of anti-Greek life and anti-white sentiments in their campaign as rumors that are “absolutely false.”

The Board also referenced the campaign video in its brief, writing that the video does not align with statements on other social media platforms.

“The Election Supervisory Board has determined that the platform video released by the Guneez–Hannah Executive Alliance campaign does not align with official campaign activity on social media,” the board members wrote in the majority opinion. “The Election Supervisory Board has decided that the viewpoints presented within the video as well as the campaign affiliated social media action did not align. Thus actions taken by the Guneez and Hannah campaign were interpreted as deceptive campaigning.”

The majority opinion was authored by Board Member Farhan Kassam Ali and supported by Board Chair Alexandra George, Vice-Chair Mariano Bracamontes Akle, as well as Board Members Jennifer Valdez and Carlos Campos.

Board Members Nrhari Duran and Tessa Slagle wrote in dissent, arguing that the campaign did not violate any election code regulations.

“While the social media publications in question were written in a crass manner, the content reflects the political and social views of the Guneez-Hannah campaign’s disadvantaged demographics, for which they would be responsible for representing, in keeping with their campaign platform of giving voices to any and all students, including those historically/institutionally marginalized groups,” the board members wrote in the dissenting opinion. “The minority holds that the Guneez-Hannah campaign’s posts echo respectable political and social movements.”

The dissenters also said the deletion of McMorris’ Twitter account was not a lack of transparency and that the tweets themselves are not considered harassment, according to the resolution.

“Additionally, the dissenters do not find the deletion of the McMorris Twitter account to be a lack of transparency, seeing that the deletion was a result of psychologically damaging harassment towards McMorris and associated individuals,” the resolution reads. “The dissenters also conclude that these posts do not constitute harassment as they do not incite violence, call for illicit activity, or any targeting of any other Candidates.”

Screenshots from McMorris’ Twitter began circulating amongst students in the last two weeks.

“I really don’t have patience for white Greek life or people who want to be silent about how oppressive the system is,” reads one tweet from Sept. 8, 2017 from McMorris’ now-deleted account, @ricecritic.

“(H)onestly if you’re white and you’re not part of the select few that I like, don’t talk to me today,” reads another from March 1, 2017.

Within the last 24 hours, the Guneez and Hannah 2018 Twitter page has become private, and their website can no longer be found at the domain www.guneezhannah2018.com.