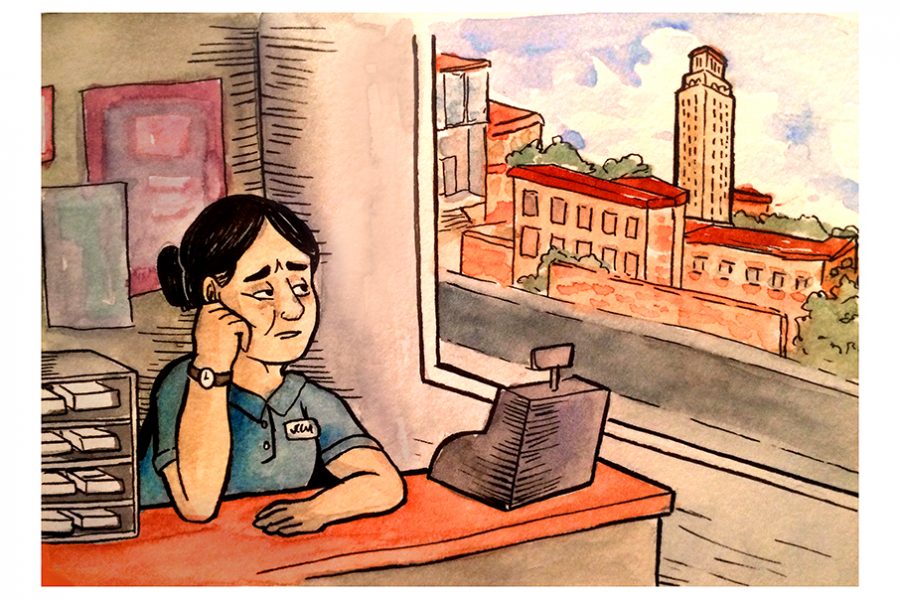 Graduating college in four years is considered the norm, but it is not a reality for everyone.

Psychology sophomore Cassandra Csany, who transferred to UT-Austin from UT-El Paso after her freshman year, said she took time off of school because the stress of leaving her hometown caused her grades to drop.

“I was very unhappy last semester,” Csany said. “I just wasn’t meeting the expectations I was hoping for.”

Csany decided last-minute not to enroll in spring semester classes and has since taken up EMT training at Austin Community College, as well as a job at Home Depot. She said she loves training as an EMT but feels isolated from academia and her friends at UT.

“I don’t really like to go to campus,” Csany said. “I feel more like a fraud if I’m there and not in school.”

Students often face non-academic challenges that may require them to put their studies on hold.

Jennifer Smith, director of the University Leadership Network, said many students face financial or family issues that pressure them to return home temporarily, but she urged them to explore resources on campus first. The ULN provides financial support and academic planning to 500 incoming freshman each year to help ensure four-year graduation.

“Sometimes students will leave before checking out all of their options,” Smith said.

According to a 2017 report by the U.S. Department of Education, approximately 33 percent of students change their majors at least once before they graduate, and this can extend the time needed to complete degree requirements.

“When you don’t finish in four years, it makes things a little tougher,” James Horstman, a 2016 UT chemistry graduate, said.

Horstman changed his major twice and spent a total of seven years pursuing his bachelor’s degree. He took a semester off during his sixth year and worked full-time at a hotel near campus to save up the money he would need for his final year.

Horstman said while the time off was tough, he returned to the classroom with renewed motivation.

“I really missed the whole process of working towards something,” Horstman said. “I didn’t take anything for granted when I got back.”