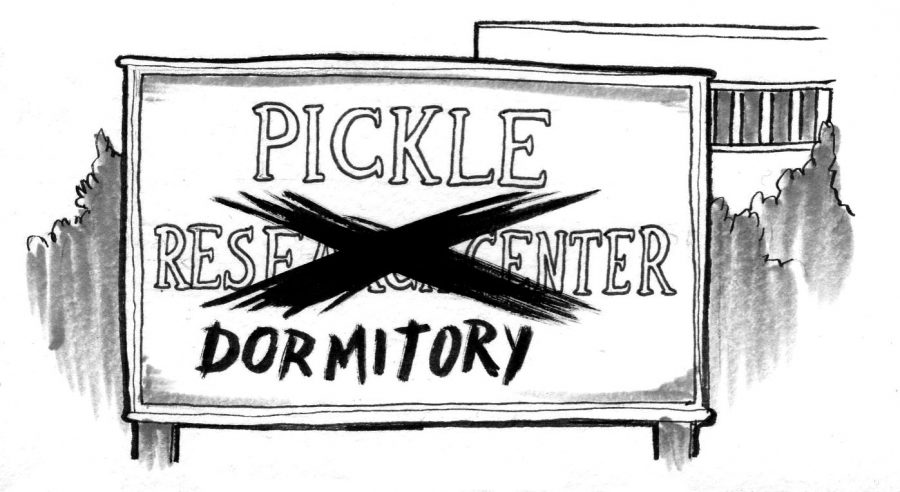 Housing for Longhorns is a hot topic these days. Bottom line: It sucks to be a renter, and one big reason is that the University is critically short on dorm rooms and apartments.

UT is largely out of room to build more housing on the 40 Acres. Since the construction of Jester in 1969, the University has built just two more residence halls: San Jacinto in 2000 and Duren in 2007.

In 2016, more than 16,600 students applied to live on campus, but only 44 percent of them were granted rooms. Many of those students were also squeezed into “supplemental” rooms — old classrooms, common areas or utility closets. The rest of the approximately 40,000 undergraduate students at UT live off campus in private homes and apartments.

How can we solve this? We need new dorms, and believe it or not, we actually have the land. The answer to UT’s housing shortage may lie in a sleepy satellite campus several miles north of UT along Burnet Road.

Up by Braker Lane, straddled by MoPac to the west and Burnet Road to the east, the J. J. Pickle Research Campus stretches for 475 acres. Pickle is sparsely developed — it’s mostly grasslands and empty space. It’s also a former magnesium plant, but it’s been cleared for building on. In 2003, the University leased 46 acres of Pickle for a new shopping center. Ten years later, it leased another 109 acres.

UT should use the empty land at Pickle to build massive amounts of new student housing.

The “Pickle dorms” would act as an outlying student neighborhood, like Far West or Riverside. They would be equally as affordable as those neighborhoods, but unlike private apartments, would be backed by the University. Pickle may be a little far from campus, but its location is almost perfect for students.

Future residents might shop at Trader Joe’s, H-E-B, Target and Costco, which are just a short drive or bus ride away. They might go for a night out at the Domain, which is within cycling and walking distance.

Pickle is also perfectly poised for rapid transportation to campus. Today, it takes 30–45 minutes on Capital Metro’s Route 803 to make the trip. But earlier this month, community advisers for Cap Metro leaked a copy of the agency’s draft long-range transit plan. It includes a potential light-rail line running to the Domain along Burnet. If this line were built, students and staff at Pickle could zip through traffic to campus, downtown and all points beyond.

Yes, there is still much uncertainty. But solving our housing crisis will demand big, creative ideas, and building dorms at the Pickle Research Campus is one of the most viable. The stars are starting to align for a new student community — this is a historic opportunity UT can’t refuse. Are campus planners watching?

Young is a computer science senior from Bakersfield, California. He is a senior columnist. Follow him on Twitter @ryanayng.