Season hinges on senior day bout with No. 20 West Virginia 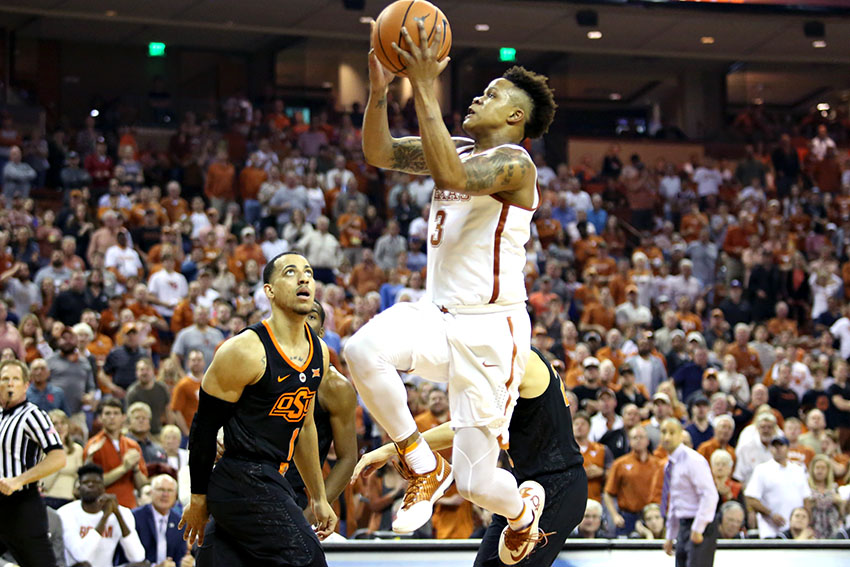 Saturday’s regular-season finale is the end of the line for the Longhorns.

After Kansas clinched sole possession of its 14th straight Big 12 regular-season title with Monday’s win over Texas in Lawrence, the Longhorns headed back to Austin to prepare for the fight of their life as they prepare to host No. 20 West Virginia on Saturday.

A win could very well punch a ticket to the NCAA Tournament for the first time since the 2015–16 season. A loss would likely end any chance of a bid outside of a magical Big 12 Tournament run in Kansas City. The Longhorns have not missed the NCAA Tournament in consecutive years since 1987–88.

To add to the mounting pressure, Texas is still unsure of the status of its star player, freshman Mo Bamba. The forward missed Monday’s game with a left toe sprain. His status remains day-to-day. With or without the NBA lottery prospect, Texas must try to make his likely only collegiate season a successful one.

During the ongoing absence of junior guard Eric Davis Jr. and other key players, head coach Shaka Smart has continued to look deeper into his already-depleted bench for a spark.

On Monday against the No. 6 Jayhawks, sophomore guard Jacob Young was that spark. He matched a career-high 14 points in 36 minutes off the bench for Texas, lifting the team on both ends of the court in big moments. Despite the loss, Young’s resurgence offers some hope for a Longhorn team desperate for answers.

“Stepping up is my role,” Young said. “I have to step up because Andrew (Jones) is not here, Eric is out, Mo is out. And I always try to bring a spark to the second half — to lift my teammates up.”
Young has been a bit of a loose cannon this season. Longhorn fans and the coaching staff have seen his production shift dramatically from night-to-night, and it is seemingly impossible to predict what his impact will be on any given night.

After scoring a combined 12 points over the prior six-game stretch, Young has poured in 12 and 14 points, respectively, in his last two outings. Another strong performance out of Young might be the boost Texas needs to scrape by with a win on Saturday.

West Virginia, meanwhile, is playing its best basketball of its season. The Mountaineers head into Saturday on a three-game winning streak, including, most recently, a dominant blowout of No. 12 Texas Tech. They are currently second in the Big 12, with only a pair of wins separating them from the top-seeded Jayhawks.

Texas will need to pull off another spectacular home upset on Saturday. The Longhorns have managed three wins over ranked opponents at the Frank Erwin Center this season, but all three have come with Bamba’s imposing presence on the floor.

Smart knows the odds are stacked against his Longhorns. But he hopes his team can look past the growing number of empty seats on the bench and find a way to win.

“There was an old saying our players had at Florida when I was an assistant coach there,” Smart said. “‘We all we got.’ And so the guys that we have on the floor — that’s all we have. So we need to come together and stay together, and each guy has to do a little bit more.”