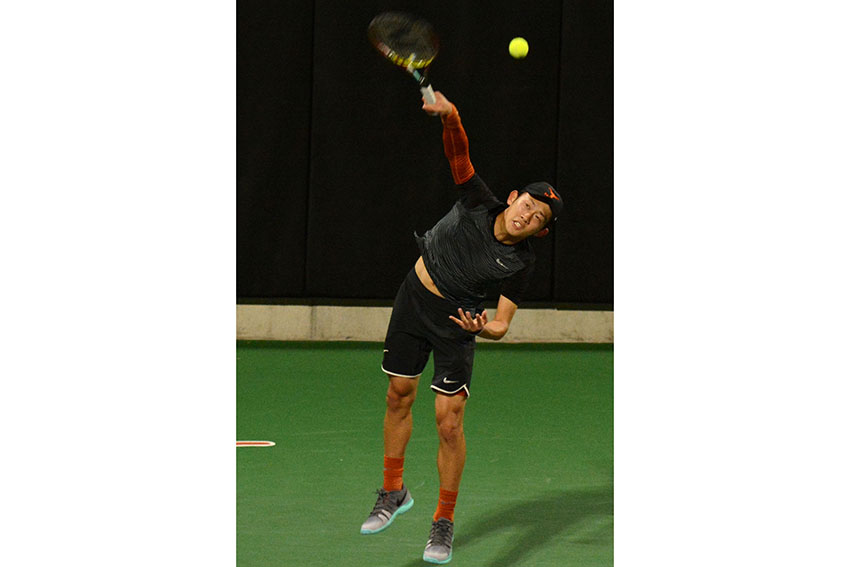 Texas head coach Michael Center has been preaching it all year — the Longhorns have to compete better against the best teams.

The men’s tennis team sits at a 7–2 record this spring. The Longhorns have had no problem taking care of business against teams they should beat.

But when it comes to highly ranked teams, the Longhorns have not had as much success. Texas has played three teams this spring currently ranked in the top 25 in the country. The Longhorns took care of business against the current No. 25 team in the nation, Tennessee, but failed to come away victorious against No. 3 Ohio State and No. 21 Notre Dame.

Sophomore Yuya Ito was named the Big 12 Men’s Tennis Player of the Week for the second time this month. Ito has played tremendously so far this spring, continuing to impress fans and teams alike.

Texas women’s tennis took another fall in the polls on Tuesday after the Intercollegiate Tennis Association released its most updated rankings.

After starting the season ranked No. 12, the Longhorns moved up and down the polls after weeks of streaky play, which has brought them now to the No. 18 spot.

After a two-week break, the Longhorns will look to win a critical game this Sunday against No. 11 Ohio State. This match will mark the third time the Longhorns have played in the Texas Tennis Center since it opened in January, and the second top-15 opponent Texas has faced at home. In the first, Texas took down perennial powerhouse Stanford in a 4-2 victory, a momentum-building win for a young team.

“We’re a great team, but we needed some proof,” sophomore Bianca Turati said. “This is amazing for our confidence, and I can’t wait to compete again with this team.”

Something to look out for this weekend is how the Longhorns handle the opening doubles matches, an area in which they have struggled all season.

As of the latest rankings, Ohio State holds three doubles teams in the ITA top 60. The Longhorns don’t have a single doubles team ranked. With two weeks since the last time Texas has played, changes at the doubles spots might breathe some new life into the Longhorns.