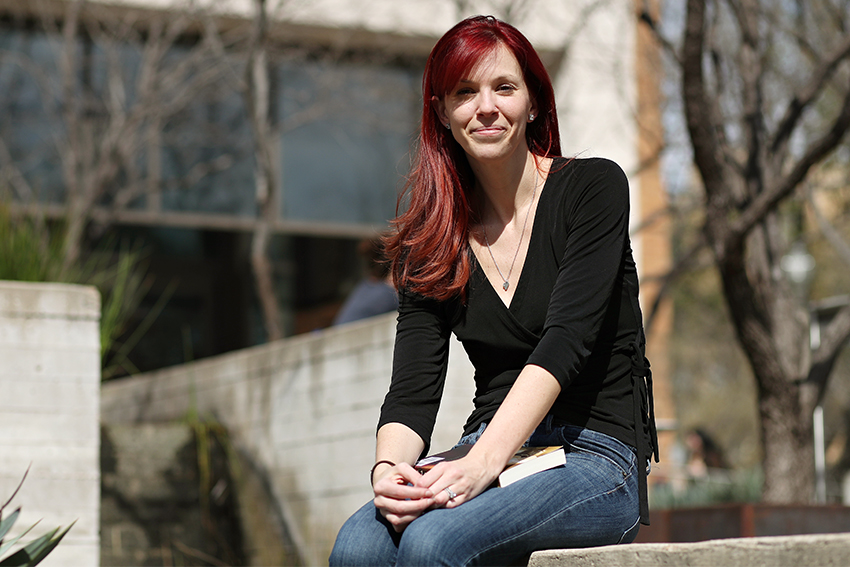 In the wake of Hurricane Harvey, an unlikely group of heroes have come to lend a hand — zombies.

Texas authors Katherine Evans, Michelle Rene, Ray Morris, Sarah Bale and Jessica Capelle have teamed up to write “Lone Star Zombie-Con: An Anthology of Horror and Hope.” In addition to being one of the authors, Evans is also a senior English literature and journalism major at UT. The proceeds of the book will benefit the victims of Hurricane Harvey through The Houston Food Bank and The Montrose Center.

The group decided to write the anthology after a convention they were set to attend was canceled due to the storm.

“We were all kind of shocked and didn’t know what to do and felt the need to help somehow,” Rene said. “We came up with the idea of collaborating on an anthology and hoped that our stories would come together and we’d be able to make some money to give to charities.”

“It was important to us to make sure that essentially every penny went to charity,” Capelle said.

According to Rene, before the convention was canceled the group was suppose to host a panel on the relevance of zombies. While they thought about creating a book to go along with their panel, they didn’t really get to work until after the storm hit. Rene said that they decided to take a humorous route with their stories in order to uplift the readers instead of burdening them with more sadness.

“A lot of people ask why we wrote a kind of funny anthology, and I think the best way to explain it is like we wanted to have a unique anthology we wanted it to be memorable,” Rene said. “We didn’t want to write a bunch of tragedy stories so we were kind of like let’s put some levity in it lets make it a little bit lighter.”

According to Evans, working together with her friends actually made the writing process easier. Evans said collaborating with other writers allowed them to get out of their own heads and focus on the bigger picture.

“Something like this is a great opportunity to turn our focus outward because writing is, you’re very isolated,” Evans said. “I think having our ultimate of this being to help other people and do something for them. I think it’s been really motivational for everyone.”

In addition to helping the Houston community, Bale said she hopes the book can give people hope.

“I hope people gain hope from reading this anthology,” Bale said. “I hope people use it for entertainment, can find an escape from their day to day lives with it and also see that even in a zombie apocalypse, there can be hope.