Fish get tired faster, react slower after exposure to an oil spill 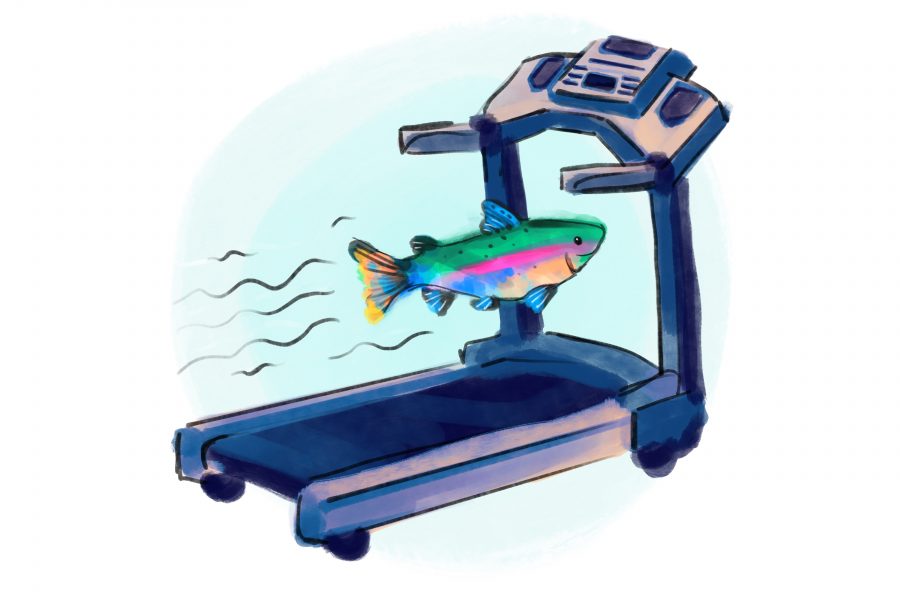 Researchers at the UT Marine Science Institute in Port Aransas, Texas, are studying the effects of oil exposure on the breathing and heart function of fish, as well as their responses to artificial predators and their ability to survive in oxygen-deprived dead zones.

Lee Fuiman, the associate director for Fisheries and Mariculture, conducted a study on young fish to determine their predator response. A previous study published in 2010 found that the characteristics of escape response in young fish are strongly related to the composition of their eggs, which depends on what the mother ate during pregnancy, and can affect fish weeks after birth. It was found that the level of omega-3 fatty acids, essential to health in both fish and humans, in the composition of eggs determines escape response.

“We study very early stages of fish, when they are very small, and that’s actually the key of why we study them,” Fuiman said. “In fish populations, 90 percent of the young fish die before they get to be very old, and that determines largely how many adults there are in the population years later.”

This experiment focused on the varying levels of omega-3 fatty acids of young fish. The study determined that fish with higher levels of omega-3 fatty acids are 60 percent more likely to respond to artificial predators, while those with lower levels were only 40 percent more likely to respond. Understanding young fishes’ susceptibility to predators is key to understanding how many big fish exist, Fuiman said, as predation is likely the primary reason young fish die.

“In nature, the availability of different food items to adult fish will vary for a variety of reasons,” Fuiman said. “There could be an oil spill that will kill the animals that the adult fish are eating and that will then affect the composition of the eggs and ultimately the ability of their offspring to survive. The diet of the adult fish can vary for natural reasons or due to man’s impact on the ecosystem, and that can have an impact that we hadn’t appreciated before on the ability of young fish to survive. ”

In fish physiologist Andrew Esbaugh’s lab just down the hall, the focus is determining the outcome of two environmental stressors — oil and increased temperature — causing a deadzone environment, as was the case in the Deepwater Horizon spill. Dead zones are caused by the increasing nitrogen levels in water, often due to runoff fertilizer, which promotes the overgrowth of algae, which then dies and decomposes in the water. This decomposition consumes oxygen from the surrounding environment and depletes oxygen availability for marine life.

Researchers in Esbaugh’s lab used swim tunnels which function like fish treadmills to test the physical limits of fish after oil exposure. Esbaugh’s lab is part of a program called Recover Consortium, part of the research funded by the Gulf of Mexico Research Initiative after the Deepwater Horizon oil spill to investigate the impacts of the spill on various natural resources.

“A lot of the swim tunnel stuff is focused on oxygen, but we can also get actual swim performance measurements out of that as well,” Esbaugh said. “One of the things we’ve found with oil exposure is that animals that have been exposed to oil fail in those tests at a lower speed than animals that have never been exposed to oil. These results are at levels very representative of what happened in the oil spill.”

These results are directly related to the survival of fish in the wild, according to Esbaugh. He said given the hypothetical situation of being pursued by a predator, fish exposed to oil will tire faster and fall prey to their pursuers, while unexposed fish last as much as 15 percent longer.

“Billions of dollars go into commercial fisheries and recreational fisheries in the Gulf of Mexico,” Esbaugh said. “Trying to understand how a changing environment or incidents like the Deepwater Horizon oil spill impact the health of fish in the environment plays a direct role to our society in terms of jobs, the economy and the health of this natural resource.”