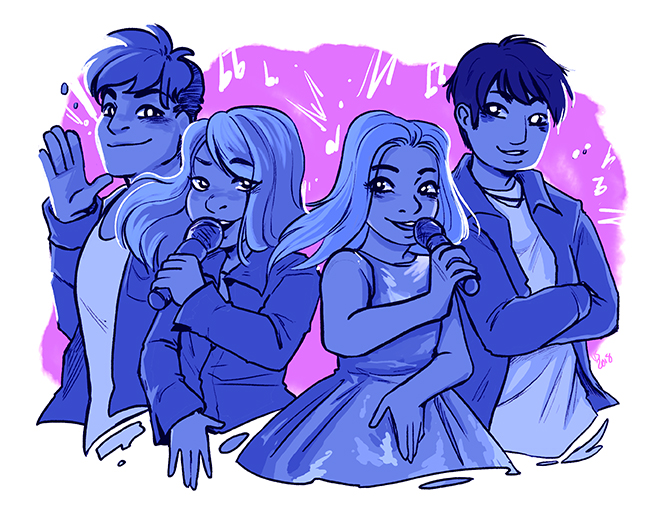 As SXSW’s official K-music industry party, MU:CON allows fans to get close and personal with Korean artists and the industry supporting them. MU:CON 2018 will be held on March 16 from 4 to 6 p.m. at The Belmont.

Before MU:CON, its sister event, Korea Spotlight, stood alone as its own concert. Daniel Ha, one of the MU:CON and Korea Spotlight organizers, said MU:CON was created to give attendees opportunities to meet record labels, producers and artists in a “more professional, business-like setting.”

“Most international artists have their own, particular international stage, but what we realized is that it’s difficult to coordinate everyone’s travel schedules and interview availability,” Ha said. “We wanted to create an opportunity for everyone, here in the States or internationally, to get to know these Korean delegates.”

By throwing MU:CON, Ha said that the organizers hope to facilitate any sort of collaboration internationally.

“(MU:CON) is all about that organic collaboration that occurs between two people,“ Ha said. “That’s why SXSW is so great — it’s a melting pot of anybody and everybody.”

A hundred to 150 fans with Platinum or Music Badges will be allowed into MU:CON. Ha said that attendees will have opportunities to take photos with friends and featured artists, as well as access to drinks and appetizers.

“MU:CON is just like any other industry party, so there’s no specific agenda,” Ha said. “You can mix and mingle with anyone you meet there.”

Though she’s not able to attend the MU:CON 2018 event at this year’s festival, government freshman Tiffany Demesi said that she’s excited to go to SXSW and see some of her favorite Korean artists, as well as discover some new ones.

“I’m planning on going with a lot of my friends, so we’ll be able to share the moment together and just have fun, even if we’re in the back,” Demesi said.

“I’ll just be walking on campus, and I’ll see someone wearing a BTS shirt,” Demesi said. “Even so, I feel that even if someone (on campus) doesn’t listen to Korean music, they at least know about it.”

Whereas K-music allows for American students to immerse themselves in another culture, K-music’s presence in America holds a different meaning for UT’s Korean population. For instance, a Heewon Yoon, biochemistry freshman and South Korean native, said listening to Korean music with other Korean UT students has made her connection to her home country stronger.

“When I listen to old Korean songs, it brings me back the memories of when I was back in Korea,” Yoon said. “Through Korean music, I feel that I can actually connect with my country.”

Though K-music is likely to face new twists and turns on its future journeys in America, Yoon said that she holds generally positive views about K-music’s growing presence in UT, Texas, and beyond.

“It’s really cool how Americans are open to new music,“ Yoon said. “As a Korean, it makes me really proud of my country’s music and culture. A lot of people love it, and I’m really appreciative of it.”