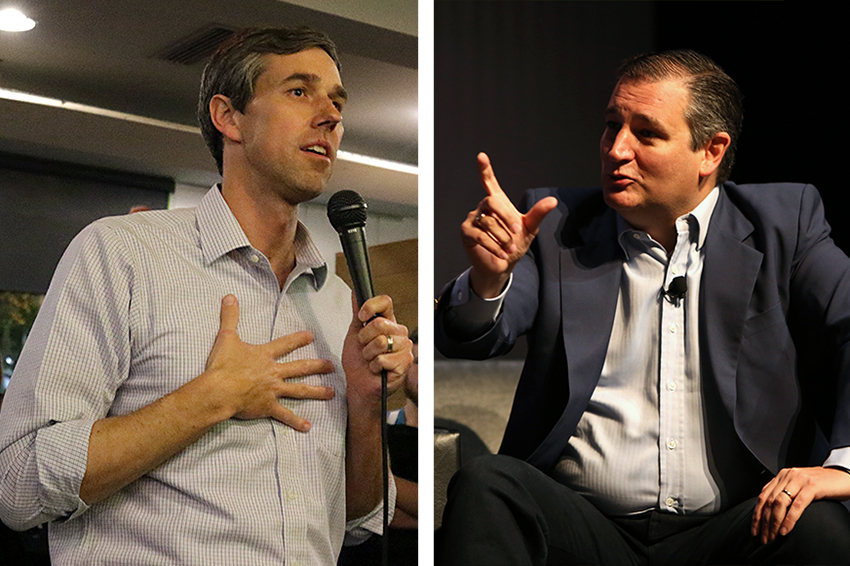 U.S. Sen. Ted Cruz and U.S. Rep. Beto O’Rourke are projected to win by wide margins in the Republican and Democratic primaries, respectively, according to initial voting precinct reports.

Cruz, the Republican incumbent for the seat, had four challengers, while O’Rourke, D-El Paso, only faced two. Both candidates were expected to easily win their primaries and have raised millions of dollars in recent months to prepare for their midterm campaigns after Tuesday’s election. At press time, O’Rourke, who waited on the results of the primary at a watch party in El Paso, had garnered 61 percent of the vote in the Democratic primary while Cruz had 85 percent of the vote in the Republican primary.

In a Facebook livestream following the announcement of the results, O’Rourke said he appreciated the high number of Democrats that had both turned out to vote and decided to run for office this year.

“I’m so looking forward to the days and the weeks and the months ahead, we’re going to do something really special in Texas,” said O’Rourke, a three-term congressman and former El Paso City Council member. “Hats off to every single person who competed, who entered one of these races. Even if you did not come out the victor tonight, the fact that you got into the arena and you were willing to put yourself out there means the world to us.”

After the polls closed Tuesday evening, Cruz thanked his supporters in a Facebook post but focused the majority of his message on the next eight months, which he will spend defending his seat against O’Rourke.

“The voters of Texas will have a clear choice in November,” Cruz said. “Congressman O’Rourke is a left-wing, liberal Democrat, and is running as a vocal proponent of amnesty and open borders. Those are not the values of Texas. … At the end of the day, this election is about the people of Texas. And when it comes to the values of Texas, the choice for the U.S. Senate is clear, straightforward and direct.”