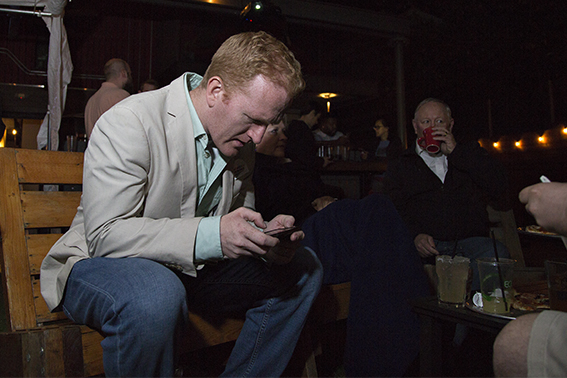 “What’s very clear is there will be a runoff,” said Crowe. “I think what you’re seeing is a very strong performance from progressive candidates … It shows you that you can’t buy a Democratic primary. People with all kinds of money are all being very competitive right now, and I think that’s a good thing for our system.”

The 21st District covers a substantial part of South Austin and most of West Campus, and the winner in the general election on Nov. 6 will replace incumbent U.S. Rep. Lamar Smith, R-San Antonio. Smith held the spot for 32 years and announced in November he would not run for re-election.

With the Republican primary vote split between 18 candidates, a runoff election — which occurs when one candidate does not receive more than 50 percent of the vote – is nearly certain.

College Republicans President Alec Lucas said although the group is not allowed to endorse candidates in the primaries as an auxiliary to the Republican party, he thinks representatives such as Roy and McCall will bring a fresh perspective to the party. According to their respective platforms on their websites, Roy supports a border wall and is anti-abortion rights, and McCall is also pro-border wall and wants to replace the Affordable Care Act.

“We kind of hope there is a new Republican that comes in with not exactly the same policies that we see all the time,” chemistry senior Lucas said. “Someone who’s more willing to look at the changing society that we have in Texas and how we can adapt to the government correctly.”

The University Democrats endorsed Crowe and campaigned for him on the West Mall on Tuesday. UDems president Allie Runas said the decision was made after Crowe got the organization involved in his campaign.

“We picked Derrick Crowe because he came a lot to our meetings and he really showed an interest in getting to know us as students and what our problems were,” said electrical engineering junior Runas. “His campaign has been awesome, showing us how campaigns work, getting us involved … just so we can experience the full circle of running a campaign.”

However, Runas said any Democratic candidate has a good chance of pulling out a win for the party.

“At the end of the day, we are really all on the same team, so I think that really any Democrat is strong enough to go against a Republican,” Runas said.