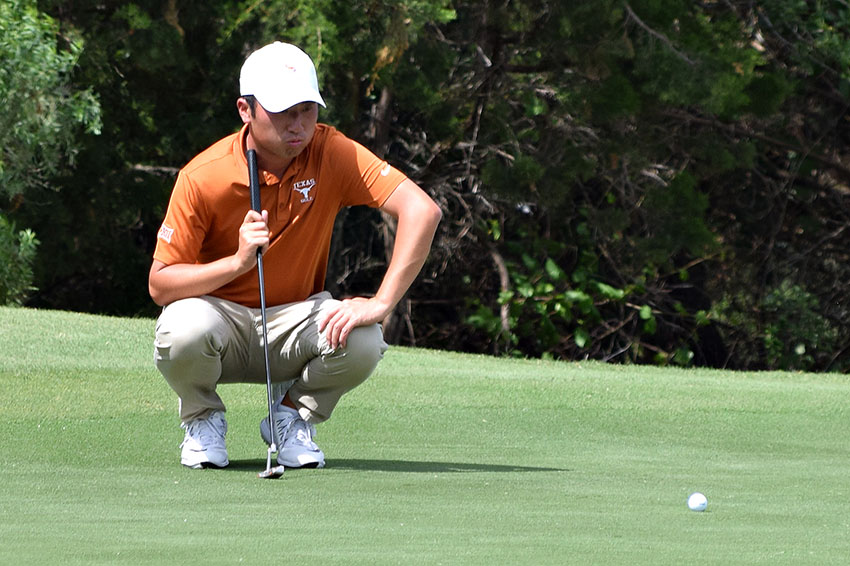 After Sunday’s opening round, senior Doug Ghim led the Longhorns in scoring with a 2-under 69 to help Texas finish fourth on the first day with a total score of 286. Ghim’s first-round 69 put him just four strokes back of the leader going into Monday.

The second round of the tournament was much the same for Ghim and Texas. Ghim fired a second-round 71, while senior Scottie Scheffler came in with the low score of the day for Texas, with a 1-under 70. Sophomore Nick Costello was yet another bright spot for the Longhorns on day two, finishing with an even-par 71.

Texas remained in fourth place after the second round, putting up a 285 overall score for the day — still 13 strokes behind Oklahoma State for the lead.

Heading into the third round of play, Texas really had no hope of catching the lead with a daunting 13-stroke deficit to the No. 1 team in the nation. But the seven-stroke difference separating the team from third place was well in reach for the young Texas squad.

The third round proved to be the worst overall score for the Longhorns of the tournament with a 287. Thanks to a last-day slide by Arizona State, however, Texas sneaked into third place, edging out the Sun Devils by one stroke. The Longhorns finished with a team total of 858.

“Finishing third in a field like we saw in Cabo is a solid showing for our team,” Texas head coach John Fields said. “We have a lot of work to do to get where we want to be. I’m proud of our guys for being determined to the challenges of desert golf.”

The Longhorns will look to improve on their third-place finish when they travel to San Diego Golf Club for the Lamkin San Diego Classic on March 12–13.