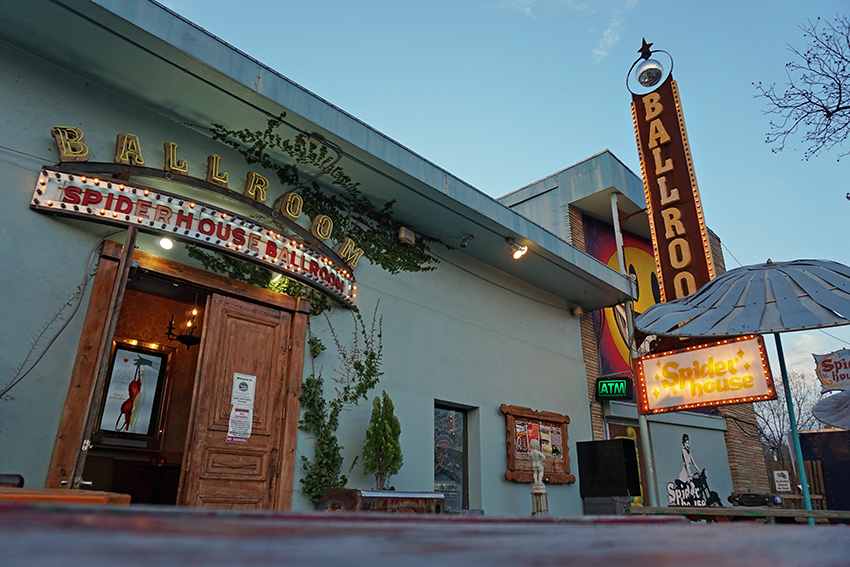 If you want to avoid the crowds and save a few bucks at the same time, this is the festival for you.

SX Stoner Jam is a free daylong festival at Spider House that will take place on March 14. The festival will bring together around 50 bands from all over the world to play, in short, stoner music. All the bands play for free, and many play the festival in addition to their SXSW sets.

Tom Frank, founder and organizer of the SX Stoner Jam, said he wanted to give a chance to bands that aren’t normally able to play in front of large audiences and that are often overlooked. He started the festival around five years ago to represent a popular style of music that doesn’t get much attention in the U.S.

“This genre of music is worldwide-f—ing massive, man,” Frank said. “It’s one of the most popular styles of music in Europe, and it’s just, like, not represented whatsoever.”

Frank said since the term “stoner music” can mean anything from slow psychedelia to heavier rock, he tries to diversify the festival’s music styles.

“I try to make it really to where a large number of people could have four or five bands that they want to see because if you listen from the lighter side of what I have to the heavier stuff, there’s a huge difference,” Frank said.

Starting at 1 p.m., the bands will each have a 25-minute set on one of five stages around the Spider House complex. To comply with city sound ordinances, the festival moves inside the Ballroom at night and goes until 2 a.m. with DJs.

Danielle Houtkooper, Spider House’s marketing and events manager, said last year’s Stoner Jam filled the Ballroom and Chapel to capacity, and she expects even more people this year. The jam is part of Spider House’s full week of free events during SXSW, and Houtkooper said she hopes the venue can get bands exposure they wouldn’t otherwise have.

The Ghost Wolves is an Austin-based band who said their music has been described as “The Cramps from The Crypt meet up with The Ramones and take all the cocaine Hasil Adkins left on the floor.” The band will be playing at the festival, in addition to several other SXSW shows. Drummer Jonny Wolf said it is festivals like these that allow up-and-coming bands to network, especially if they are based in Austin.

“If you take the best parts of being from (Austin), you can work it to your advantage,” Wolf said. “There’s plenty of chances to test your band out on stage and lots of inspiring musicians to share bills with.”

3 Wheeler Band, a ’70s-influenced heavy rock outfit from Monterrey, Mexico, said they are traveling to Texas just to play at the Stoner Jam. Bassist David Carrillo said they prefer unpaid shows like these so they can avoid U.S. immigration issues related to paid gigs.

“Taking our music beyond our borders is more important than receiving a monetary compensation,” Carrillo said. “And doing it in Austin, which is the capital of music and stoner rock, is even better.”

Frank’s band, DUEL, will be playing a standard 25-minute set of vintage hard rock at night. He said since the Stoner Jam is free, there’s no reason not to come out.

“There’s music from all over the world, it’s rapid-fire and these people came here with no compensation to play for you,” Frank said. “If they’re going to do all that, the least you could do is give them your ear for a couple (of) minutes.”