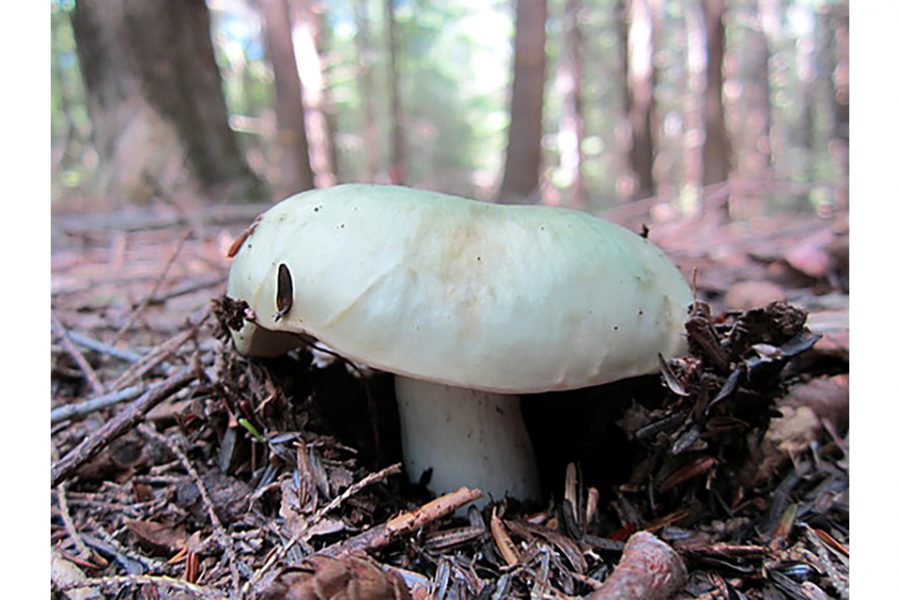 Burning fossil fuels does more than put carbon into the atmosphere: It also disperses excess nitrogen into forests. Plants need this nitrogen to grow, but too much of it can disrupt the balance between microorganisms and trees.

Colin Averill, UT biologist alumnus and postdoctoral researcher at Boston University, studied this balance in his latest research. He will present his research at Thursday’s Science Under the Stars event.

Averill found that the fungi have a symbiotic relationship with trees, helping them to interact with nitrogen in the soil. Different categories of fungi species react differently to the extra input of human-generated nitrogen.

That has potential consequences for forests, because the species favored by extra nitrogen decomposes dead trees faster. When fungi decompose fallen trees, they release the carbon stored in the trees back into the atmosphere.

Like the many species of bacteria living in your digestive system, fungi affect forest activity in a variety of ways. The same fungi that regulate the cycling of nitrogen help trees reproduce, cooperate and compete.

Daniel Johnson, postdoctoral researcher at Indiana University, studies fungi-forest interactions. His work focuses on the influence the fungi exert on the arrangement and dynamics of a forest.

In a recent publication, Johnson found that saplings tend to sprout up around trees differently depending on which type of fungi they associate with.

Fungi can help, or hinder, sapling growth around trees. This is due to differences in how the fungi cycle chemicals between the soil and roots, Johnson said.

A lot of this activity happens on roots or underground, and what can be seen above ground is only a small part of what’s going on, Johnson said. This is a misconception researchers in this field have to tackle.

“We are a highly visual species, and what we see of the forests are the trees,” Johnson said. “Those mushrooms we see sprouting up on occasion are just the tip of the iceberg of an unseen forest where vast amounts of important ecological interactions are occurring.”

Since fungi do most of their work underground and out of sight, Averill said he wants to introduce to people how that work shapes the forests we see.

“I want to impress the idea that something so tiny can have an impact on a macro scale,” Averill said.

“Colin Averill is a very passionate and engaging scientist that has worked on mycorrhizal fungi and the associated symbiotic relationships for most of his career,” Rees said. “I think these events are a great opportunity to generate wonder and excitement about science in a younger generation and hopefully fuel a life-long passion or career path.”