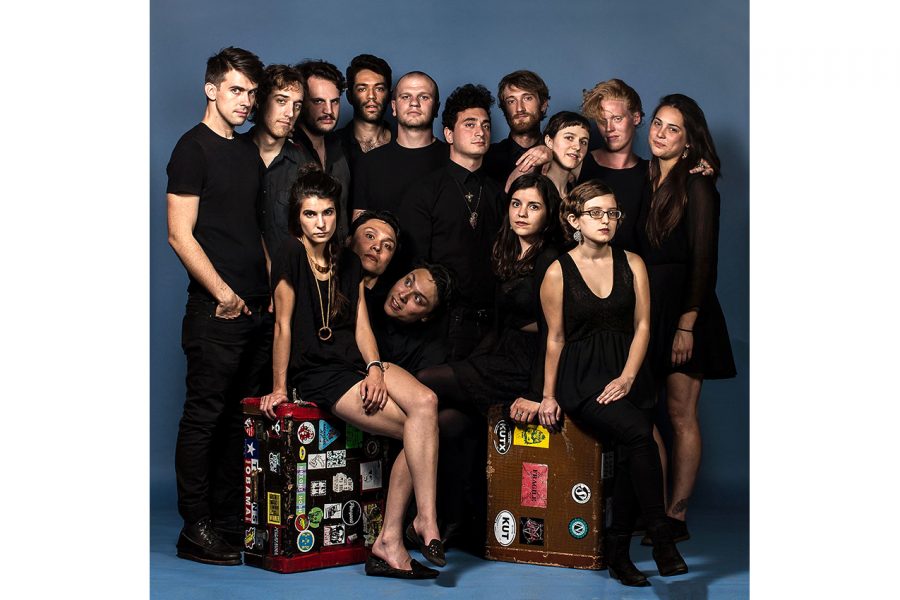 The 12-man Austin-based indie orchestra Mother Falcon, formed in 2008, have been composing and performing orchestral pop tunes for years. Since their successful albums You Knew, Alhambra and Good Luck Have Fun, the band has yet to release another project since 2015. After denying a contract with record label Universal Music Classics just over a year ago, the band lost a few members and a manager. I spoke with long time Mother Falcon member and cellist Diana Burgess to catch up and talk about the adjustment and future of the band and about their SXSW appearance at the Austin Composers Showcase at 12 am on March.

The Daily Texan: Tell me, what exactly happened with the whole record label fiasco just over a year ago?

Diana Burgess: It definitely was pretty dramatic and chaotic last year. What happened, we had a contract presented to us we decided not to go with it and that resulted in just two members deciding to leave (bassist Dusty Rhodes & guitarist Matt Puckett). They had other things going for them as well so I don't think it was the only factor to why they left. But you know things are much brighter now to say the least. [Everyone] is kind of more creatively on the same page right now.

DT: How has the band been since the record ordeal?

DB: Even after that happened we still went to Canada and still did a few shows, which was awesome. We are still doing it summer camps [to teach children music] every summer. This will be our eight year doing the summer camp, which is really cool. So this past year, in the fall and then coming up in just a couple weeks, we've been touring this [puppet] show “Petra and the Wolf,” which is this collaboration with this theater group in [Austin] called Glass Half Full theater, and it’s an adaptation of “Peter and the Wolf.” We changed it to “Petra and the Wolf” so it's a woman lead character and all the music is original. It’s all stuff that Mother Falcon wrote.

DT: Can we expect any new music from Mother Falcon?

DB: Yes. The past couple years we've been writing some new songs. We’re actually in the midst of recording. We’re kind of loosely planning an EP to release. Things are a little more complicated now without a manager, without a booking agent, but we’re just planning on self releasing. I mean we've always self-released and it's gone pretty well for us. It’s working a little bit slower than it has in the past, but we’re fine with that honestly. I think everyone is able to think a little more clearly because there’s not the pressure of somebody telling us “you guys gotta get an album out,” its more self-paced.

DT: When can we expect to hear this EP?

DB: Hopefully within the next year, maybe by the end of the year, maybe December. We've also recorded all of the “Petra and the Wolf” music so that's all done, I think we're asserting that right now. That will probably be available sooner. We’re all just really excited about working on new stuff.

DT: How has the band adapted to the loss of two members ?

DB: We got a new bass player (Sam Panky) and he has been teaching in our summer camp for long time, so we have been friends with him for a long time. It was a very natural thing to introduce him into the band. And then there’s nobody to replace Matt, but to be honest his parts weren’t absolutely crucial to our sound so its been fine without him.

DT: What are your SX plans?

DB: You know we only just have one SX show. It’s something we've been doing for maybe four years, the Austin Composers Showcase. We've done so many years of like 10 plus shows that week that we are so happy just to have one show. Now we get to hang out and go see music.