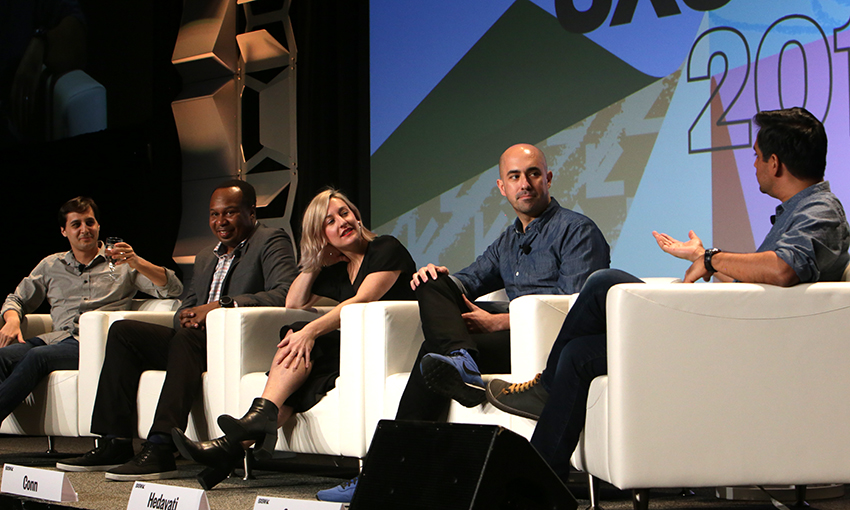 In the era of fake news, satirical news platforms have to work twice as hard to be ahead of the punchline. In a SXSW event appropriately titled Real Fake News Never Stops, writers and producers from The Daily Show with Trevor Noah discussed how they utilize a variety of social media platforms to engage their audience without missing a joke.

Supervising producer of The Daily Show Ramin Hedayati said that once Noah took over, the new frontman requested an expanded digital team. Ideally, Hedayati said the show breaks through the clutter of the news cycle and finds stories where writers and fans can laugh together.

“We do what we think is the funniest every day,” Hedayati said. “It’s kind a seizing on those moments where we think we can say something, ideally to drive the conversation, not just be part of it.”

But as news breaks, writers follow news sources from all over the political spectrum- and whenever possible, from the president himself. Digital producer Matt Negrin said following specific journalists and political correspondents on Twitter created a springboard for many jokes on the show because reporters are often more candid online and have room to say things they wouldn’t normally put in a story.

“There’s this professor who started chronicling all the times Trump has been treated like a child and we used that as research for a video we ended up doing,” Negrin said.

Much of the shows digital content began as a joke on social media, for example, the Trump Twitter Library,  which writers developed into both a physical and digital museum for Daily Show fans to explore.

Jocelyn Conn of The Daily Show said that engaging with the audience has not only inspired pitches in the writer’s room, but also enabled writers to churn out content faster, making the show’s voice more relevant during breaking news.

“We’re an extension of the show but we’re also part of the show and that means if we don’t want to wait until 11 o’clock to get a joke out, we get it out right then and there,” Conn said.

But immediacy is not always the best strategy according to Daily Show writer and correspondent Roy Wood Jr.

“As a comedian it is about the quick joke, whereas now its a much more refined approach,” Wood said. “What I have to do is to make sure that if it's something that works for the show or work on air, then thats a tweet I put in my back pocket. When I come running down the hall with a joke about Olympic curling, it may or may not get greenlit, so that ones for me and I'll post that on my own.”

Selecting which platform to post a joke is another factor that goes into pitching now that the show has embraced more than one media outlet. Content is molded for what platform best suits the joke.

While digital platforms allow for instantaneous applause, they also guarantee instant criticism, which Wood said isn’t a bad thing as it gives writers the opportunity to learn how to make better jokes  in future content.