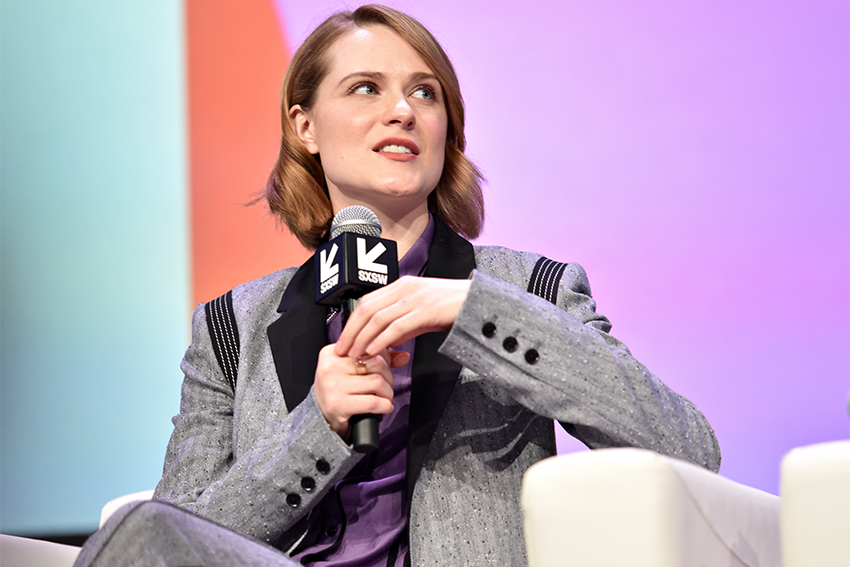 At their panel, the Westworld cast and crew talked about season two, the struggles of being on set and challenges humanity faces.

Saturday, directors and Actors of the critically acclaimed HBO TV drama Westworld talked about the existential struggles that came from working on the show, as well as what to expect from season two. The panel also revealed scenes from season two and featured a last minute appearance from Elon Musk. Moderated by Wired site director Jason Tanz, the panel consisted of directors Jonah Nolan and Lisa Joy, and actors Evan Wood, Thandie Newton, Jeffrey Wright, and James Marsden.

At the panel Directors Nolan and Joy revealed the first looks at season two. What started off as a dramatic scene with Evan Wood as her character Dolores confronting her makers at gunpoint, the footage went into a montage of clips from season two. Depicting the westworld robots fighting both their creators and robots from other worlds, confirming the appearance of and Shogun World although Nolan refused to verbally confirm.

The actors reveal that they learn about the plot of the show on an episode to episode basis, which left them just as confused as their characters. Much of the existential crisis their robot characters are going through come to be shared by the actors.

“Playing this role completely changed my life and transformed me. It's hard not to go through the same evolutionary shifts as the character because your on the journey with them.” Wood said “The existential crisis thing is very real, I didn't know what was up or down by the end of season two.”

When asked by Tanz about a possible AI apocalypse, Nolan said humanity shouldn't be waiting for AI to get as advanced as it is in the show. He warns that the current AI in the form of social media and information algorithms we rely to receive news about the world around us have the capacity to destroy our society. Nolan suggested the world comes should come together and talk about the dangers of AI and figure out the most responsible way to more forward with the technology.

“We've flattered ourselves that I would have to be a super intelligence in order to blow us up and clearly that's not the case.” Nolan said, “You don't need a very smart AI to manipulate Twitter, facebook, you just need some version of an intent.”

When presented with a question from the audience, asking about other inspirations used for performing their characters, Thandie Newton, who plays Maeve Millay refenced her work with the Human Rights Division of the Democratic Republic of Congo. Newton referenced the women she works with who are repeatedly raped by militia men as a tool of war. After going into detail on the atrocities performed by these men, she theis the moments repeated rape to repeated deaths in the show

“They have died again, and again and again. Their psyches have been destroyed. This is real. When I was playing Maeve, I would think about them alot. These women die, and yet they have to say alive. So they are my inspiration.”

The heavy commentary changed the tone of the panel. After a follow up question form Tanz asking how we can help the women who inspire her performance, Newton refenced the we Vday.org, and encouraged people to research the wars in congo and how our purchases on the states may fund them.

The panel couldn't just end without one last twist. Within the last minutes of the talk, Nolan began to talk about the gross lack of interest in space travel. Just after expressing his desire to motivate people to invest in space travel Nolan introduced Elon Musk on stage.

In an inspiring speech, Musk invited humanity to work focus on working together for the common goal of space travel, in an effort to create a project worth living for. quoting russian rocket scientist konstantin tsiolkovsky, he said it's time for us to work towards leaving the cradle of humanity that is earth, closing with a video of the Falcon Heavy launch SpaceX conducted earlier this year in hopes to inspire interest in space travel.

“Life cannot just be about solving one miserable problem after another. That can't be the whole thing.” Musk said. “There need to be things that inspire you, that make you glad to wake up in the morning and be apart of humanity, that's why we did this.”