Tracy Morgan returns to television with The Last O.G. 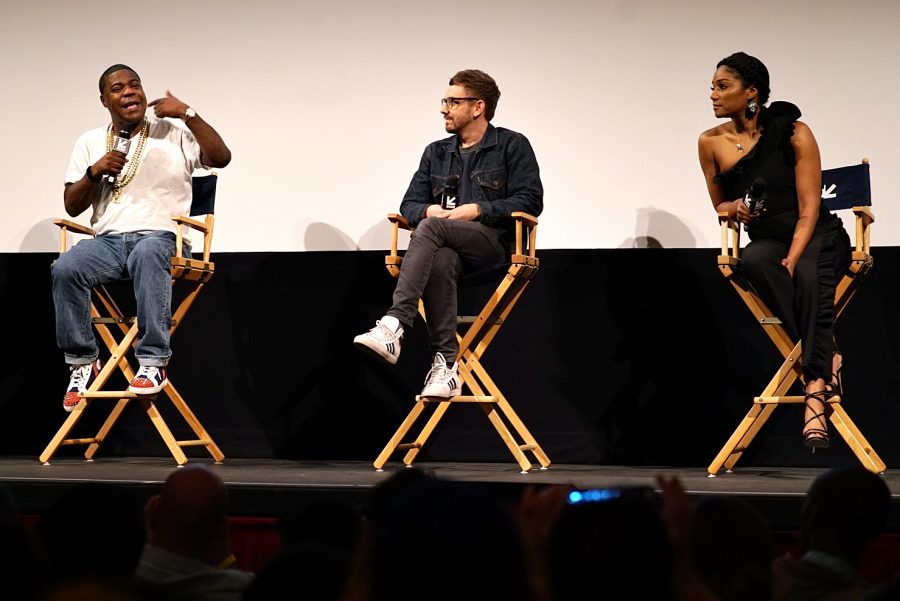 Tracy Morgan is returning to T.V. for the first time since his role as Tracy Jordan on 30 Rock. Fans were ready and won’t be disappointed by his new TBS sitcom, The Last O.G, where Morgan plays a character that makes a return of his own.

Produced by Morgan and Jordan Peele, the show takes place in New York City and follows Morgan’s character, Tray, as he reinvents himself after spending 15 years in prison. The story plays off Tray’s attempts to rebuild former relationships, like that of his ex-girlfriend, Shay, played by Tiffany Haddish. The dialogue is peppered with one-liners and the characters are just as flawed as they are lovable.

With a style Peele is famous for, much of the comedy in The Last O.G plays off of real social issues such as gentrification — when Tray returns to his neighborhood expecting it to be the same “hood” he left fifteen years ago, he realizes a lot changed since 2003 besides just Kelly Clarkson winning American Idol.

Morgan said he was determined to work with Peele after watching Peele’s show while recovering from an auto-accident in 2014.

Above all else, Morgan said he wanted the storyline and characters of The Last O.G to be sincere.

Director Jorma Taccone, who lives in Brooklyn, also said authenticity was a goal in the shows production. Taccone said they filmed the show very close to his own apartment and even included locals as extras.

“When Jordan gave me the script, every single page of it was relatable from sort of the otherside –from the dude who is part of the gentrification,” Taccone said.“The wealth disparity there is, as with a lot of places in the United States and all over the world, is sort of off the charts.”

“People in that particular housing project that I know of feel a little bit quarantined,” Taccone said. “The stores that used to serve that community are shutting down because they’re getting bought up by other places.”

If the show is meant to be an honest portrayal of real life, the acting doubles down on it. Haddish’s character, Shay, is a successful philanthropist and mother of two. She has several emotional moments when Tray returns from prison that make the audience feel transplanted in the middle of someone else’s life rather than a fictional storyline.

Haddish said when she auditioned she wasn’t sure if she’d get the part because she is known for her goofy roles. To hone in her dramatic energy, Haddish said she drew from feelings and events of her past, which proved to be a convincing tactic during a rant between Shay and Tray.

“In the middle of it, Tracy’s like “Aye! You’re not going to be talking to me like that!’ And I’m like, it’s in the script! When I get angry I guess it’s so real, even when I’m acting it feels like something might happen,”Haddish said.

Overall, The Last O.G. is an authentic comedy that is meant to go beyond than just the laugh.the series is off to a smashing start. For Tracy, it’s a passion project that’s been long in the making.

“It’s really dear to my heart, this project,” Morgan said.To get the feedback and response that we got (at the screening tonight) was awesome. That’s why we do it.”