“A Prayer Before Dawn” is a relentless, brutal experience not to be missed 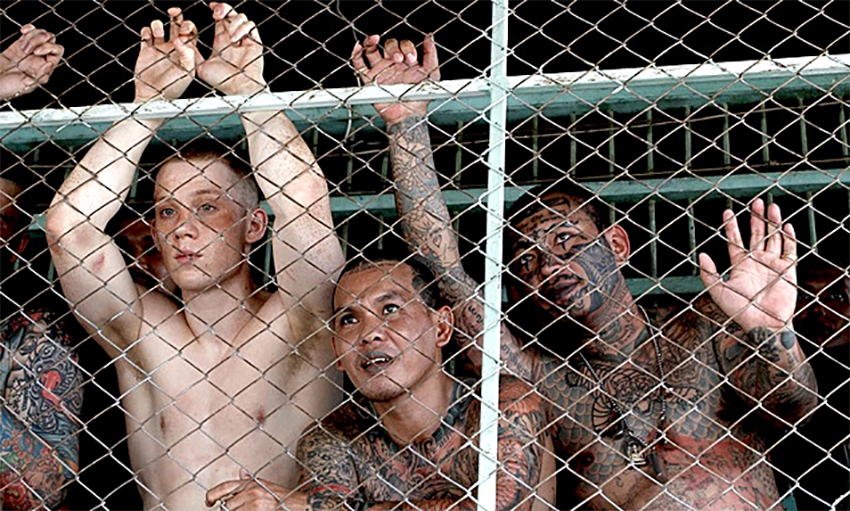 Between prison and addiction, the story of Billy Moore is not a happy one.

As the film adaptation of Billy’s story and the accompanying memoir, director Jean-Stéphane Sauvaire’s “A Prayer Before Dawn” makes this bleakness a reality. Despite being hard to sit through at times, the film offers something that few others film can- a pure, visceral experience.

Billy Moore (Joe Cole) lives a solitary life in Bangkok, fighting in Muay Thai boxing competitions to help feed his heroin addiction. Whenever he’s caught for a crime that is left unexplained, Moore is thrown in one of the most dangerous prisons in Thailand: Bang Kwang Central. As Billy struggles through withdrawals and the dynamics of prison, he finds solace in training Muay Thai again, but it made not be enough to counteract his rapidly deteriorating mental and physical health.

Let’s get this out of the way- Joe Cole is an absolute knockout.

For a character that could’ve been despicable, one is always along for his journey, desperately wanting him to succeed. With minimal aid from special effects, Cole portrays the physical strain of an addict and a fighter all in one, as well as the emotional undercurrent that brings out. If the audience’s trip into Bang Kwang Central is a trip into hell, Cole’s Billy is the perfect surrogate.

Shot with sheer visual grimminess by David Ungaro, the world around Billy is oppressive at every turn. The camera bobs and weaves even when Billy is out of the ring, creating a constant tension that’s only enhanced by the hyper-kinetic editing from Marc Brucout.

This works particularly well in the boxing sequences. A flurry of fists, smashes, and sweat that could be criticized as falling into the “shaky-cam” mold, the fight scenes use that mold the best it can be used. Yet, the camerawork and editing really bring us back to creating that headspace that Billy’s in that makes “A Prayer Before Dawn” so unforgettable.

A lot of the Thai dialogue isn’t even subtitled, adding to the confusion. The sound design, conversely, hones in on certain sounds, such as a jump rope, to create a rhythmic stress that persists throughout the whole film.

Sauvaire and screenwriter Jonathan Hirschbein make some bold storytelling decisions here. Early on, a gang rape that Billy is forced to watch sets the tone of the film, and the constant subservience he is held under by the other prisoners is tough to watch. Everything in Billy’s environment is out to get him, from corrupt guards to hostile inmates, and it’s communicated in a visual language that hasn’t really been seen before.

We are well and truly in that prison with Billy. However, the strongest choice made here is to let the human spirit take the spotlight. The biggest enemy in the film is Billy to himself, and just as he starts to show compassion to himself, the other prisons at the point in the film show a certain camaraderie towards one another.

You can’t change what’s happened in the past, but you can try to forge a new path for yourself and find solace with where you’re at, and that seems to be what’s on Sauvaire’s mind. Acquired by A24, “A Prayer Before Dawn” falls right in their wheelhouse of unique stories, and I hope this helps it find the audience it deserves.

This film is a sucker punch- a brutal, relentless experience that makes no missteps in telling its harrowing story.

“A Prayer Before Dawn”