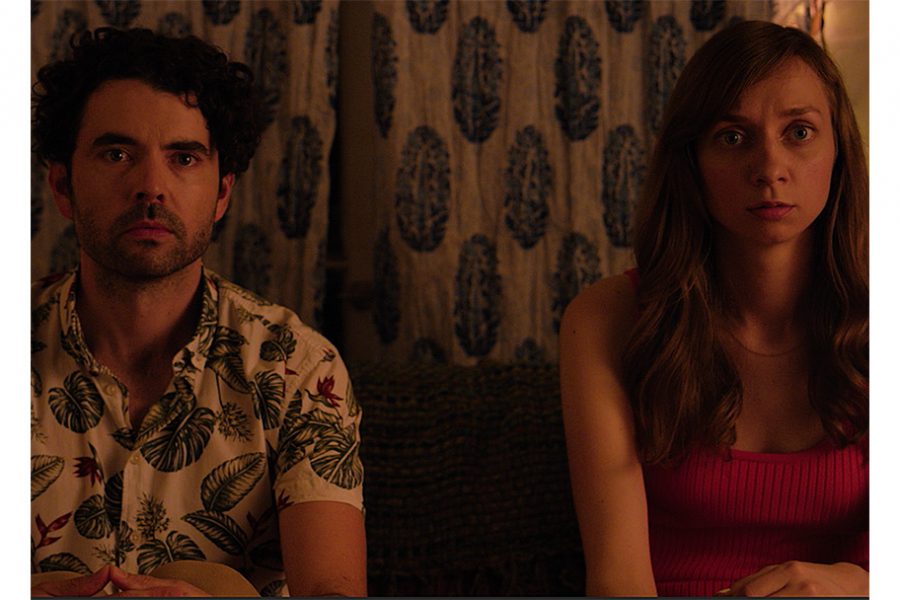 In a decade marked by an evolution in the discussions being had about sex and consent, director Robert Schwartzman’s “The Unicorn” makes a strong statement which captures the results of this evolution through powerful writing and careful exploration of what really defines a relationship.

The powerful writing done by Will Elliott, Kirk C. Johnson, Schwartzman and Rutherford is intelligent and clever. Through their experience with mystical alchemist Jesse (Lucy Hale), the writers explore the disconnect between the most recent generations in attitudes towards sexuality. Jesse is freer with her sexuality, which Mal and Cal mistake for interest in them.

Once they hit on her, it quickly becomes apparent Jesse is not at all interested in a sexual relationship with the pair as she boots them out of her home. This scene is a well-written summation of what the latest discussions surrounding sex and consent have come up with: just because someone is very sexy and is behaving as such, it does not mean they want to have sex with you.

The generational difference in attitudes toward sex becomes apparent as they are leaving Jesse’s apartment, when Mal and Cal criticize her behavior in a manner which places all of the blame on her for being herself, as opposed to them owning their mistakes. This parallels the conversations had in terms of “victim-blaming” and provide excellent commentary regarding how such situations play out, as opposed to how they should be handled. This pattern continues through the film, as they explore their deepest fantasies.

After Mal and Cal have chased the threesome of their dreams, conflict arises in their relationship. In the fall out, they are forced to examine their relationship and decide whether they want to be together. The exploration of what really makes a relationship successful is something nearly everyone struggles with and they learn healthy relationships are more than just good sex. This is contrary to the narrative which has been perpetuated via magazine media such as Cosmopolitan and Vogue, which suggest the only good relationships are ones which involve mind-blowing sex. Such a positive view of imperfect relationships is revolutionary in this context, and this film delivers this view in spades.

Films providing productive commentary on such trite issues as love, sexuality and consent are few and far between. For this reason alone, “The Unicorn” is worth watching. This film is smartly written, culturally relevant and funny in it’s own right, making it a must-see for 2018.