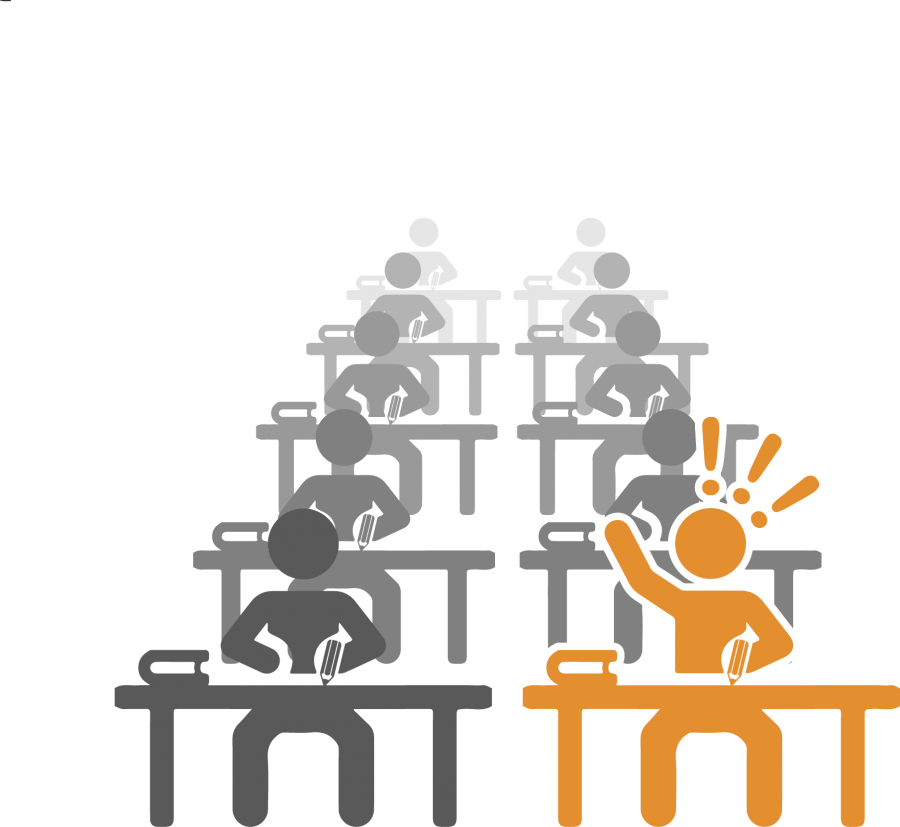 Chemical engineering junior Diael Thomas has been able to do more at UT thanks to the Advanced Placement tests she took in high school.

Without the credits she earned through the AP tests, Thomas said she would have to focus only on engineering classes in order to complete the demanding degree plan.

“Our degree plan is very packed, so (with the credits) I’ve been able to get another certificate, take (courses) I want to take, and just have easier semesters,” Thomas said.

But not all black students have benefited from AP tests like Thomas, according to national and UT data.

More high school students are taking and passing AP tests than ever before, but disparities by race and ethnicity persist at UT and across the U.S.

A February report by the College Board, which creates AP tests, found 1,174,554, or 37.7 percent of 2017 high school graduating students in the U.S. took AP tests in high school. This represents a 70 percent increase since 2007, when just 691,437 or 23.9 percent of U.S. graduating high school students participated in AP tests.

Students who earn a score of three or higher on AP tests, which are graded on a scale of 0 to 5, can request credit at their university. For 2017, the number of high school students who scored a 3 or higher increased by 68 percent, but black students remained underrepresented compared to other ethnic groups, including Latinx students.

Seventy-four percent of UT students arrive with some sort of AP credit, said Carolyn Connerat, associate vice provost for enrollment management. But UT’s data of first-time students from 2011 to 2015 also shows black students claimed an average of 4.2 AP credits, which was the lowest among UT students of other ethnic backgrounds.

Thomas took eight AP courses in high school and scored a five on all of the AP tests except one. She said she has been able to claim credit for all the courses she has needed.

Despite this, Thomas said she remembers there were not that many black or minority students in her high school AP courses.

“In the AP and honors classes I took, it was predominantly Asian and white,” Thomas said.

College Board spokesperson Maria Eugenia Alcón-Heraux said the College Board is working with school districts, including Houston ISD in Texas, to increase the representation of black students. Because research shows minority students who take at least one AP exam are more likely to succeed in college, Alcón-Heraux said this can promote representation in universities as well.

“Each year, more than 300,000 students who are ready for AP don’t take advantage of their opportunity,” Alcón-Heraux said. “These are students who have what it takes to succeed in the classroom, but lack the confidence or support to get there.”

Alcón-Heraux said the College Board’s online tool AP Potential encourages students to take AP tests by using their SAT data to identify in which AP courses they could succeed.

But Thomas said she thinks the biggest obstacle for students is the lack of tutoring at schools like hers and the stigma faced by minority students.

“I think the biggest thing, at least, at my high school is getting away from the idea that AP courses are for certain groups of people,” Thomas said.

The average number of AP credits UT students claim has remained consistent between 2011 and 2015, according to university data. But Connerat said the number of students transferring credits through dual credit courses, which guarantee both high school and college credit, has increased to 40 percent.

“I think it’s important for students to talk to their advisers before they arrive … and when they get here to understand which ones are going to transfer best and help them in their degree plan,” Connerat said.