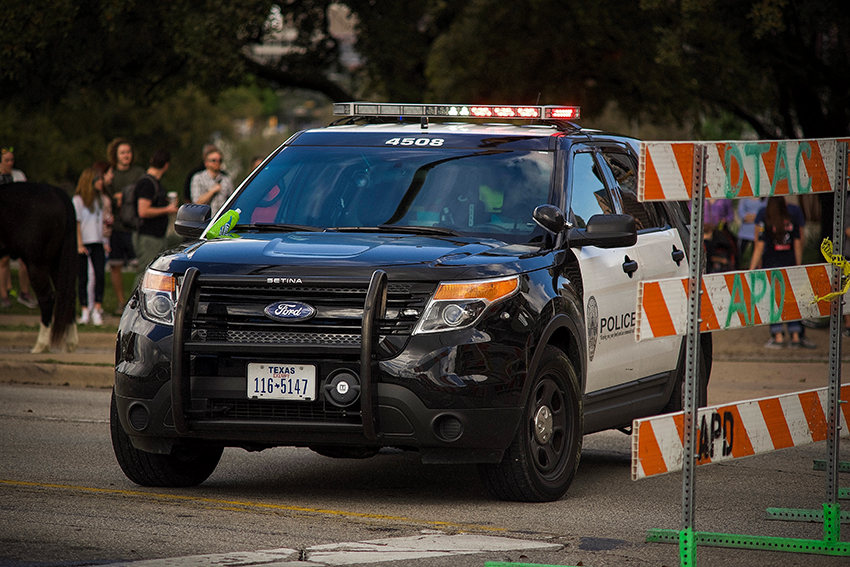 The Austin Police Department responded Sunday night to reports of an explosion in southwest Austin near Dawn Song Drive, according to an APD tweet.

This was the fourth incident of an explosion in Austin since March 2, when a package exploded at an East Austin home. The difference between last night’s explosion and the previous three is that the explosion was probably set off by a trip wire, APD Chief Brian Manley said in a news conference Monday morning.

UTPD said in the statement that the use of a trip wire does not require victims to handle packages to trigger an explosion.

“This enhances the warning from being limited to the safe handling of packages to now include not going near any packages, unattended bags, unattended backpacks or anything that looks out of place,” UTPD’s statement said.

When you get on campus this morning ASK your friends if they’ve heard about the bombings. TELL them about the incidents. CALL 9-1-1 to report suspicious items. SPREAD the word. We must look out for one another. #BeSafe and be informed. Follow @Austin_Police for alerts.

Since the fourth explosion took place in southwest Austin, the warning area has expanded, UTPD said in a statement. The previous three incidents only took place in northeast and East Austin.

UTPD has also urged people to call 911 to report any suspicious items or people.