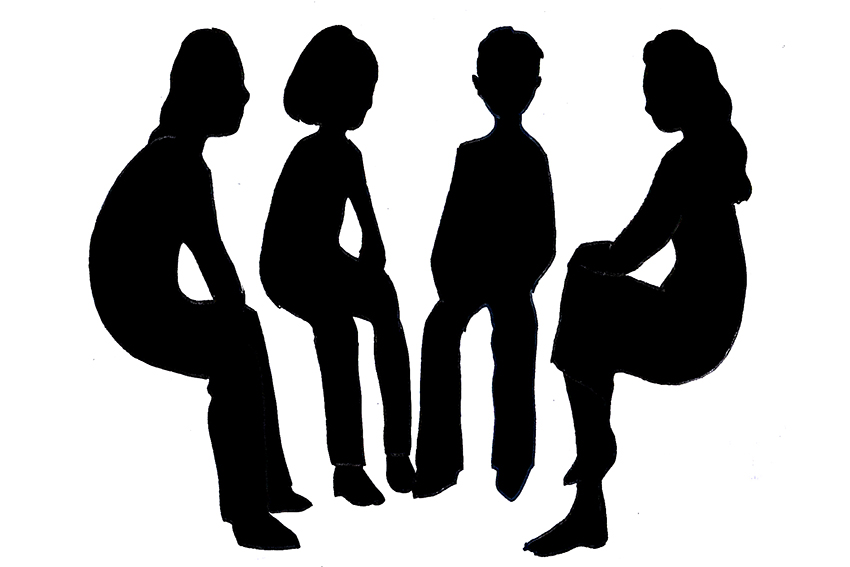 The event was held partly because a concerned graduate student came to the Graduate Student Assembly about a Title IX-related situation, said Isabel Chou, GSA president and educational leadership and policy graduate student.

“The overall consensus came to be that there wasn’t consistency in terms of what departments are doing, (and that) professors and faculty administrators were not following up with their mandatory reporting duties,” Chou said. “(They’re) not necessarily being the aggressor, but kind of aiding the aggressor by not speaking up.”

The event, hosted by UT’s Voices Against Violence and UT’s Title IX Office, built off of a previous GSA event last semester that generated feedback to help create the current proposals.

Chou said it is likely GSA legislation will be sent to UT’s Title IX Office, the Office of the President, the Division of Diversity and Community Engagement and the Office for Inclusion and Equity. Chou said this would inform these offices and could inspire further administrative action.

“We’re hoping that disseminating this information to different departments allows them to understand the graduate student perspective and the change we’re trying to bring to campus,” Chou said.

If University employees are made aware of a Title IX-related incident, they are required to report to UT’s Title IX coordinator, according to the Office of the Dean of Students.

John Lassiter, associate professor and graduate advisor in the department of geological sciences, attended the event and said his department has had ongoing conversations about Title IX-related issues.

“We are actively working to improve policies and make clear what the expectations are, to try to be proactive in preventing issues from arising in the future,” Lassiter said.

Lori Hoadley, a UT alumna and facilitator of the event, said she is considering applying to UT’s School of Social Work, which she said is more protective ofstudents regarding Title IX-related issues.

“I think that (the social work) program is particularly great at protecting vulnerable populations, but I understand there are a lot of departments (such as) the STEM departments (that are) not as welcoming to women or trans individuals,” Hoadley said.

Chou said she does not expect substantial change by the time she graduates this May. However, she said she is optimistic change will occur under the new dean of the graduate school, Mark Smith, but said that it is up to students to lead the push for change.

“At the same time, he did just start, so everything’s getting piled onto his agenda right now, so I don’t know if this will drop off,” Chou said. “That is why it’s important for us to continue this conversation and not completely depend on (University) leadership to be the ones to push change, (because) it comes from (students) as well.”