Self-diagnosing needs to be checked and addressed 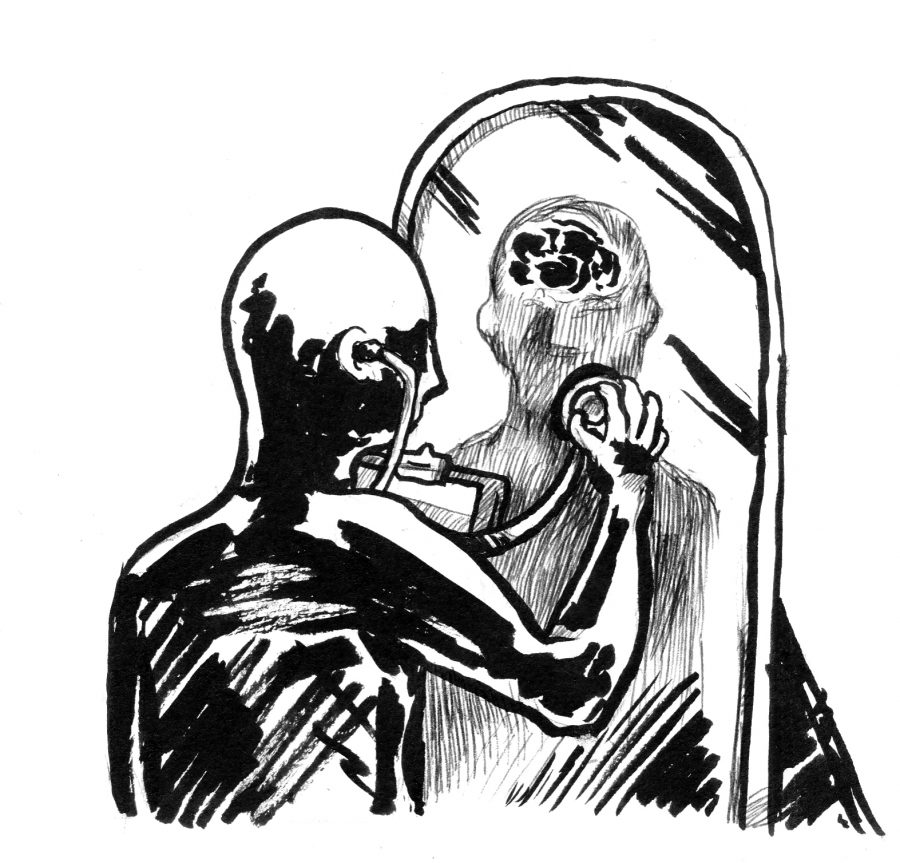 College students seemingly enjoy saying “My anxiety … ” or “I have been so depressed.” “It’s one of those things we do that we know we shouldn’t do, yet we do it because it’s common,” psychology freshman Rachel Gonzalez said. “I feel like it belittles what it can mean for other people, so it makes it really annoying.”

When describing their feelings, many use the words “depressed” or “anxious” synonymously with “sad” or “stressed,” which undermines the severity of actual mental illnesses.

Stress is common among college students, and in describing this feeling, we often use words such as “dejected,” “overwhelmed,” “anxious” or “depressed.” These colloquial words are used to describe temporary states or feelings, as opposed to anxiety and depression that are actually diagnosed. The differences in anxiety and anxious are miles apart because one asserts that you suffer from a mental illness, while the other just expresses nervousness. Claiming that something gave you anxiety is simply incorrect. Proclaiming that you are anxious reflects that single moment of feeling rather than the ongoing mental illness that the statement “I have anxiety” does.

Blurring the lines between the temporary feeling and the chronic disorder creates a problem of self-diagnosis, wherein individuals are using official terms in unofficial situations. Using the phrase without professional diagnosis only works to trivialize the illnesses for those who have actually been diagnosed.

It’s important to recognize the difference and the severity of a medically diagnosed mental illness. Depression and anxiety can cause self-harm. Suicide is the 10th leading cause of death in the United States, and about 90 percent of individuals who die by suicide suffer from a mental illness. The frequency of claiming to be depressed or having anxiety when one does not cheapens mental illness.

“Depression” and “anxiety” carry the weight of millions who feel trapped in their own minds. They are serious terms associated with mental disorders. People who are dealing with deep sadness or who have become hyper-anxious may indeed have these conditions, but they should seek help and a medical diagnosis. Mental disorders and feelings should be viewed as two separate entities, where one is a temporary state or feeling and the other is a long-term illness. A professional diagnosis can alleviate the trivialization of mental disorders that is happening through unchecked exclamations.

No illness deserves to be stripped down to just a feeling.